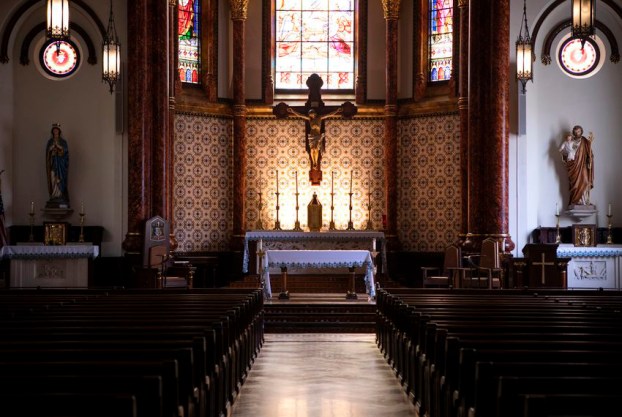 More than a year after a gunman killed 26 in a Sutherland Springs church, the Texas House gave preliminary approval Monday to a bill that would allow licensed handgun owners to legally carry their weapons in places of worship.

The legislation — Senate Bill 535 by Republican state Sen. Donna Campbell of New Braunfels — strikes a provision in current law that says handguns aren’t allowed in “churches, synagogues, or other places of worship.”

To be clear, churches would still be able to prohibit licensed citizens from carrying firearms on their premises so long as they provide oral or written notice.

Campbell’s bill codifies a previous opinion from Attorney General Ken Paxton sought shortly after the shooting in Sutherland Springs. In the opinion, Paxton stated that “unless a church provides effective oral or written notice prohibiting the carrying of handguns on its property, a license holder may carry a handgun onto the premises of church property as the law allows.”

“The existing statute is confusing and clunky and has kept law-abiding Texans from exercising their second [amendment] rights where those with evil intentions have tragically targeted innocent lives,” Campbell said in an emailed statement to The Texas Tribune. “This bill provides clarity of the Legislature’s intent to treat churches and houses of worship in the same manner as other privately owned establishments in Texas.”

Many lawmakers said such a measure was needed in Texas after the 2016 shooting in Sutherland Springs, a small town of about 650. In late 2017, morning services at the First Baptist Church of Sutherland Springs, a tiny town about 30 miles southeast of San Antonio, became the scene of a massacre after a lone gunman killed more than two dozen people and injured many more in the deadliest shooting at a place of worship in American history.

The Senate has already approved Campbell’s bill. Once the House grants final approval, the bill can be sent to the governor.

FORT WORTH — American Airlines is accusing its mechanics and their unions of conducting an illegal work slowdown to... read more