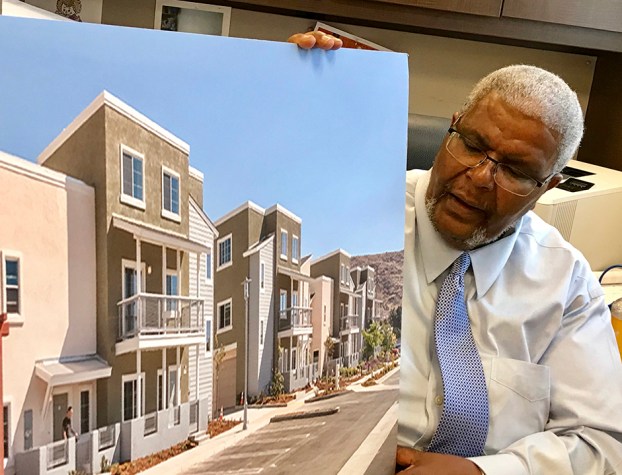 The Port Arthur Economic Development Corp.’s board was scheduled to vote Monday night on a matter that would help make Roberts a partner with the National Development Council for the downtown creation of 118 housing units of one to three bedrooms. Floyd Batiste, chief executive officer of the EDC, said it was likely the board would vote to approve a purchase agreement.

Initially, Batiste said, the NDC was going to invest some $9 million in the project and state General Land Office money and Rebuild Texas funds would provide the rest. But the project, proposed last September, slid down the government funding list, while the EDC looked for new partners to invest in the three-acre site.

That’s when Roberts and his cousin, Jermire Roberts, sought to buy the vacant, downtown property where the housing units would be located along Fourth Street between Mobile and Shreveport Avenues. The EDC, which encourages private investment, was in favor of the purchase, but GLO said recently that Port Arthur would be up next for $12 million in available funding. EDC, in turn, favored the NDC and Roberts’ group partnering on the townhome project, which the EDC board was to review Monday.

The plan still calls for 118 units, which would be located within walking distance of City Hall and Lamar State College Port Arthur. Batiste said the city and EDC has promoted multiple efforts to lure working people to live downtown. Their efforts have included helping with the construction of dorms at the college, building single-family housing for working people on Sixth Street and now the townhomes.

The NDC is a 50-year-old national non-profit based in New York with a goal to “increase the flow of capital for investment in low-income communities.”

In presenting the idea at Tuesday’s City Council meeting, Batiste recounted the EDC’s decade-long efforts for downtown revitalization, with an emphasis on accommodating private investment. Development of the townhomes would be the most ambitious of the projects since the student housing was built.