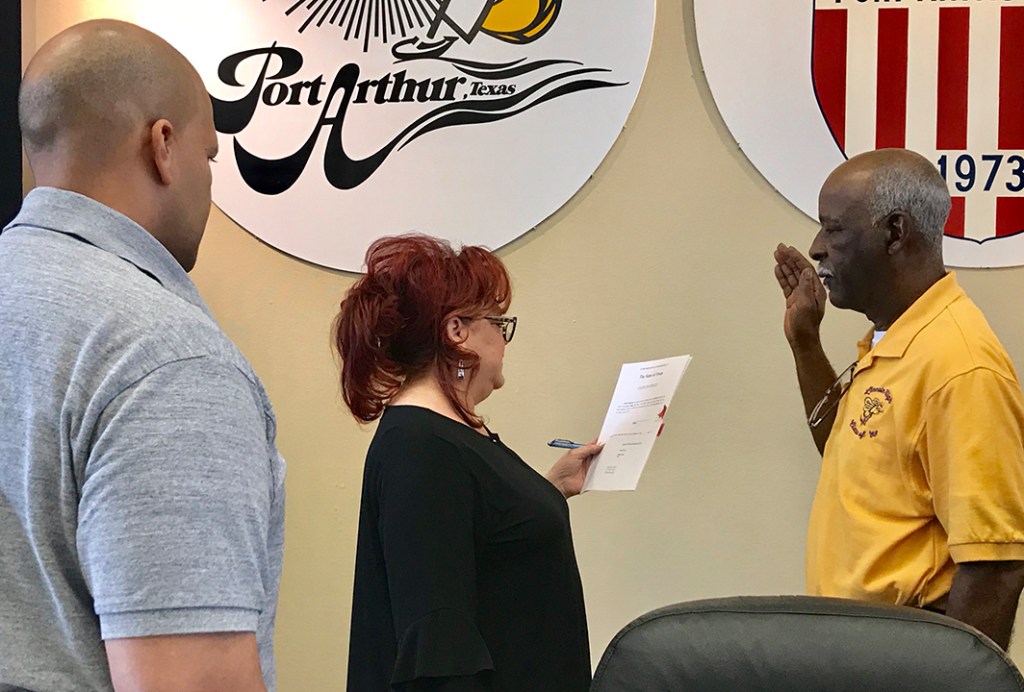 District 4 Councilmember Harold Doucet was sworn in Wednesday as Port Arthur’s mayor pro tem, a one-year position. He replaces District 3 Councilmember Thomas Kinlaw, who rotated out of the position.

As mayor pro tem, Doucet will preside over meetings if the mayor is absent or disabled. The vote for the resolution, made at Wednesday’s special meeting, was 6-0.

Kinlaw said he presided over three meetings during his year as pro tem.

In other action, the City Council canvassed the results of the May 4 election in which incumbent Mayor Derrick Freeman and challenger Thurman Bartie finished first and second, respectively, among five candidates in the first round of voting.

A runoff election for the three-year term will be held from 7-7 June 22, a Saturday.

Here are key dates for the election, according to the City Secretary’s Office:

Bellard said residents who did not vote in the May 4 election can still register and vote in the June 22 runoff election.