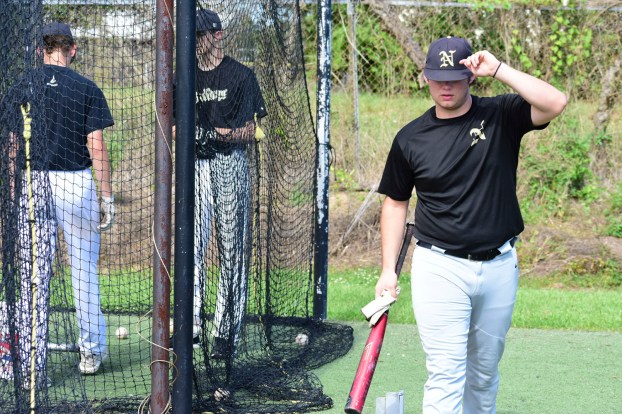 NEDERLAND — Of all the baseball battles between Nederland and Port Neches-Groves, Bryan Spell will remember the next two, or three, on tap.

A 1995 Nederland graduate, Spell couldn’t quite recall if the two teams had ever tangled in postseason play. The two teams did in 1999, with Nederland winning games 2 and 3 to take the series, according to KBMT-TV.

But it’s not so much the baseball version of Mid-County Madness that Spell wants his team to focus on as it is getting to play another week and, if they’re fortunate, the week after. One Mid-County team will advance to the 5A Region III semifinal against Tomball or Magnolia West, but which one?

“Hopefully our kids are focused on one more week together,” Spell said. “High school baseball is unique where you’re playing with guys you’ve grown up with. We know who we’re playing. We know exactly what’s on the line, a trip to the regional semifinals. But our main focus is playing for one another and earning the right to get one more week together.”

Nederland’s Metreyeon-Delahoussaye Field will be the site of Thursday’s Game 1 between the longtime rivals. High school baseball’s toughest ticket in Jefferson County just got tougher, given the strong fan bases of both programs hungry to reach Round Rock for the 5A state championships.

“It means a lot, not just for me, but to the seniors in the program because we want to end on a good note,” junior designated hitter Brock Holton said. “It means a lot to have this big of a rivalry in the playoffs. It’s going to be fun.”

None of that matters, now.

“We already beat them in district, but we’re not satisfied,” Nederland sophomore catcher Corbin Chandler said. “We’re going to keep on pushing forward and see what we can do.”

The progress of both teams since the March meeting has been similar. Nederland has ridden the strong pitching arm of Conner Kemp and top-to-bottom, senior-laden offense to start 10-0 in 21-5A, only to drop two straight to Barbers Hill to settle for No. 2. Nederland then had to overcome a Game 1 loss to Galveston Ball in the bi-district playoffs before winning that series and blanking Angleton in two straight area-round games at Bridge City.

Like the Indians, the Bulldogs faced a stiff non-district slate. They started 3-7-2 before winning 13 in a row.

“Just trying to beat a team the caliber of Port Neches twice will be tough,” Spell said. “We know the first two games in district were two months ago and will have no bearing on this. They do have some young players who have gotten better, and we know they’re a different ballclub. We hope we are, too. We hope we improved some. Whoever plays the best this weekend will earn the right to advance and we expect to have a lot of fun.”

Thursday’s first game is Nederland’s home-field advantage in more ways than one. Game 2 will be Friday at The Reservation and Game 3, if needed, will be Saturday night at Lamar University’s Vincent-Beck Stadium, but only Nederland has a grass surface.

“I think playing here is going to be a big advantage because a lot of people, especially PNG, they play on turf,” Holton said. “It’s a lot harder to take care of the baseball here because you don’t know which way it’s going to bounce. I do believe, in our case, we have a home-field advantage, but we’ll play anywhere. We just need to ball.”

PORT NECHES — Catching 19 innings in one day was all worth it to Port Neches-Groves sophomore Ryan Sosa. If... read more