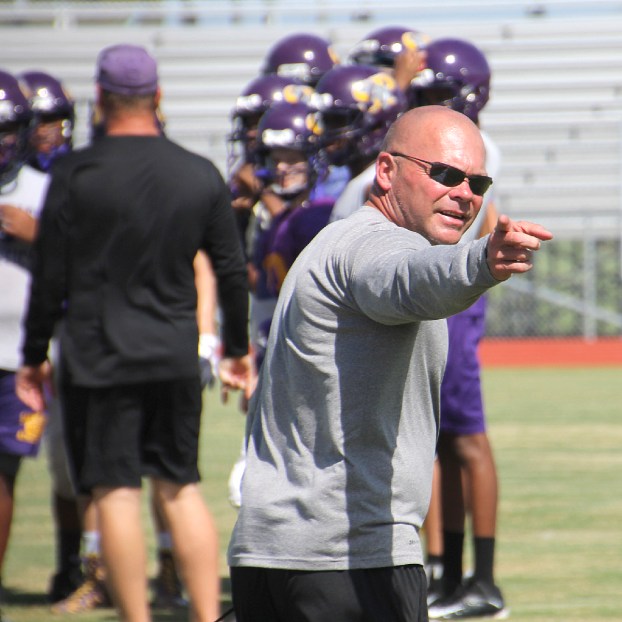 FOOTBALL: Sabine Pass opts out of UIL for 2019

Sabine Pass’ 2019 football season won’t be a pursuit for a 2A Division II championship.

Head coach and athletic director Jason Thibodeaux revealed Saturday that the Sharks had opted out of playing a University Interscholastic League schedule for the upcoming fall when the school folded its 2018 season after two games back in September.

“Whenever we canceled our season, our superintendent [Kristi Heid] called the UIL and told them that we’re out,” Thibodeaux said. “When realignment comes in next year, we’ll probably elect to rejoin the UIL.”

Sabine Pass was 0-2 and down to 12 healthy players when it folded the rest of the season. Heid said the following week that the Sharks’ playing varsity football “would expose student-athletes to a higher risk of injury and that participation posted a serious safety threat” with low numbers.

Sabine Pass was placed in District 12-2A Division II, along with Colmesneil, Evadale, Grapeland, Lovelady, West Hardin and Burkeville. The smallest 11-man playing schools in the UIL compete in the division.

Thibodeaux said the 2019 season will be to help the players prepare for a potential return to UIL football in 2020. The schedule, which will be released this month, will include non-UIL teams of similar size.

“We figured we can’t compete with the Evadales and the Loveladys with our low numbers,” he said. “With 14 kids, you can’t do anything with that.”