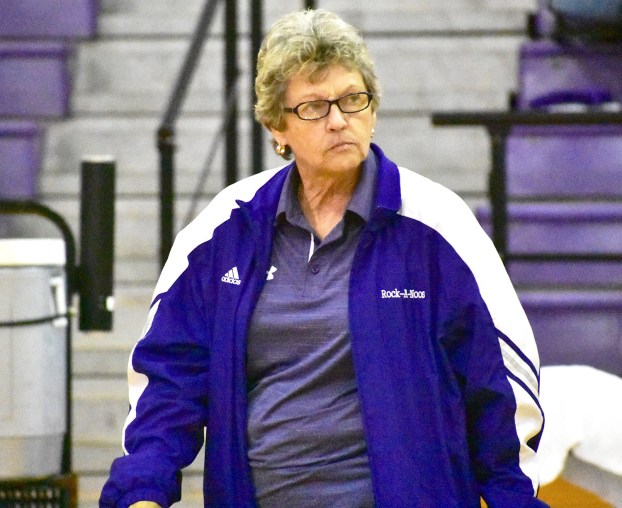 VOLLEYBALL: Comeaux steps down as PNG volleyball coach; Fruge to succeed her

Five volleyball coaches in the UIL have recorded 1,000 or more match victories in their career, according to an Oct. 24, 2018, Facebook post by High School Sports Magazine (some totals have been updated since then): 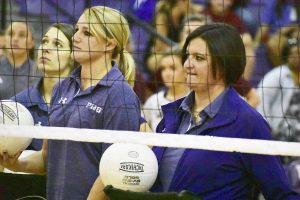 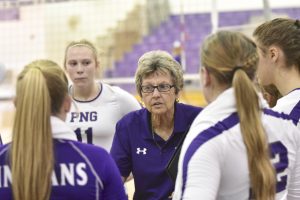 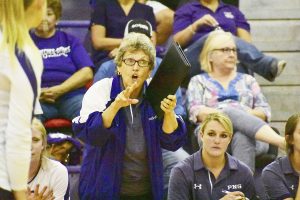 Port Neches-Groves won three state and 31 district volleyball championships and has not missed a UIL playoff under Barbara Comeaux since 1983.

Come August, a not-so-unfamiliar face will be the head of one of Texas’ most successful programs.

Comeaux, the winningest high school volleyball coach in the state, has stepped down from the position after a 48-year career, the last 47 of which have been at PNG. She will, however, remain as girls golf head coach and girls athletic coordinator at the school, athletic director Brandon Faircloth confirmed.

Brittany Fruge, a 2007 PNG graduate and Comeaux’s first varsity assistant for the past six seasons, will take over as the Rock-A-Noos’ head coach. Fruge had previously been designated to succeed Comeaux.

“She’s been my mentor for the last six years,” Fruge, 30, said of Comeaux, “but she’s been a big part of my life since I was 12. When I came back to Port Neches, my dream was to coach volleyball at PNG. She made that a reality for me. I’m really blessed.”

Fruge’s first goal for a program that’s racked up all of Comeaux’s 1,272 wins: “We’re going to make it grow.”

Comeaux has not been reached for comment. Faircloth said Fruge has “earned every bit” of her promotion.

“The program will continue to go the way it’s gone for 40-plus years,” Faircloth said. “We’re proud of coach Fruge.”

A Port Arthur native and graduate of Thomas Jefferson High (1964) and Lamar University (bachelor’s in 1970 and master’s in 1974), Comeaux took over the PNG program in 1972 after one season as Beaumont French’s JV coach and led the team to a state championship that year. PNG played in four straight UIL state semifinals between 1978-81, winning the championship in 1979 and 1981 and finishing runner-up in 1980.

Comeaux was inducted into the Texas Girls Coaches Association’s Hall of Fame in 2016.

“Coach Comeaux’s impact at PNG is immense with the amount of lives she has touched,” Faircloth said. “She has truly, in all sports, been one of the greatest coaches the state has seen. The numbers don’t lie.”

Although all PNG athletic programs are officially nicknamed “Indians,” “Rock-A-Noos” is often used with volleyball at the school. Comeaux once described “Rock-A-Noos” as more of a rallying cry, as “Mojo” is to Odessa Permian’s storied football program.

Fruge played under Comeaux and went on to a collegiate career at Northwestern State University of Louisiana before Comeaux got to mentor her again as a coach.

“She’s got a good foundation started,” Fruge said. “She taught me what it means to be a good coach … more than just winning.”

But winning is the norm at PNG. The Rock-A-Noos finished the 2018 season 33-7, took second place in District 21-5A and wound up area finalist.

Comeaux’s decision to step down has been revealed within a week of Pat Abel stepping down as PNG boys basketball head coach after 19 seasons. Faircloth said a replacement for Abel will be hired by the May 13 PNG ISD board meeting.

He needed only look within the Rock-A-Noos to find Comeaux’s successor.

“For the last 10½ years, it’s been a blessing to work with a hall-of-fame coach,” Faircloth said. “She’s helped me become a better coach. I think we all are personally and professionally indebted to her. She’s special to us as coach and our kids around PNG.”

Fruge said she is unsure whether she will remain in her role as head girls track and field coach now she’s taken over the volleyball program. PNG senior Jacie Droddy is going to the 5A state meet for the third year in a row in the long jump after winning her second straight silver medal in the Region III meet last Saturday.

Then, the volleyball will come.

“I’m just going to implement my philosophy,” Fruge said, “to make a difference in these kids’ lives. I’ve loved this game ever since I first stepped on this court.”

Not only did Jamaal Charles retire as a Kansas City Chief, he took one last handoff as a Chief. Ceremonially,... read more