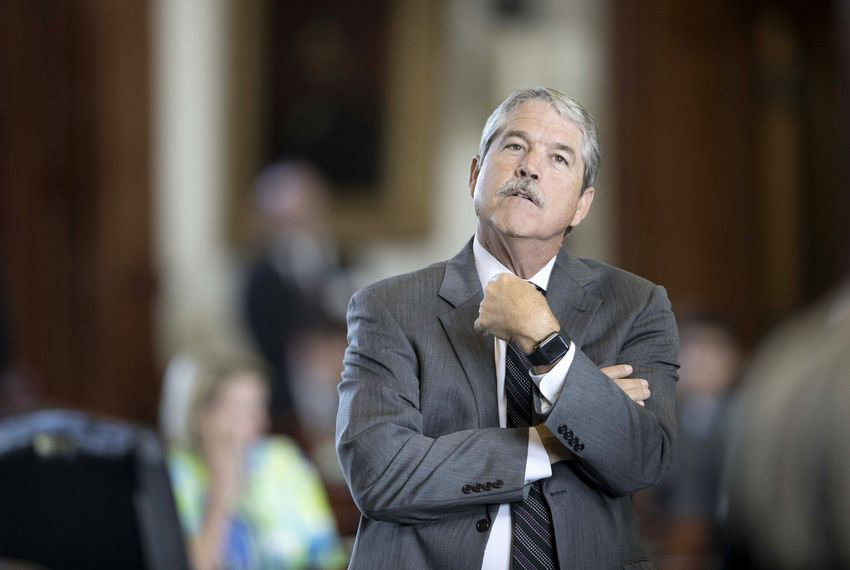 Senate Bill 11 attempts to strengthen mental health initiatives in Texas schools, ensure school districts’ employees — including substitute teachers — are equipped to respond to emergencies by requiring they have classroom access to a telephone and other electronic communication, and establish threat assessment teams to help identify potentially dangerous students and determine the best ways to intervene before they become violent.

The bill’s author, state Sen. Larry Taylor, R-Friendswood, said his bill also requires school districts to appoint school safety committees that meet once a semester to provide their boards of trustees with recommendations for updates to their districts’ multihazard emergency operations plans.

“We cannot afford to do nothing, and a lot of times we get caught up here in the Legislature and we let perfect become the enemy of the good,” Taylor told other senators. “Today we have before us a bill that is good and would help our protect our students in the future.”

The Senate voted 29-2 to approve the bill, with Republican state Sens. Bob Hall of Edgewood and Bryan Hughes of Mineola voting in opposition. Hughes said in short interview after the vote that he opposed the bill because “a number of folks back home had concerns,” but he said he couldn’t remember off the top of his head what those concerns were.

The legislation will now make its way to the lower chamber, where another broad proposal authored by state Rep. Greg Bonnen, R-Friendswood, has yet to be approved by a House committee — likely making Taylor’s bill the final vehicle for school safety legislation. When laying out his bill in front of a Capitol committee last month, Taylor said he was working closely with Bonnen — both represent Santa Fe Independent School District — on the language for his final measure.

Consideration of Taylor’s bill comes almost a year after the shooting at Santa Fe High School, which left 10 dead and another 13 wounded. The bill touches on a number of proposals Gov. Greg Abbott laid out in a 43-page school safety plan he released days after the shooting, including strengthening school security and mental health counseling.

Lawmakers tacked on several amendments to Taylor’s bill Monday, including one by state Sen. Joan Huffman, R-Houston, that would expand the definition of “harmful and threatening behavior” to include things such as dating violence and stalking. Another amendment, by Taylor, allows students to anonymously report dangerous behavior they’ve seen from other students.

School safety, among a number of other measures, topped Abbott’s priority list that he laid out early this year. During his State of the State speech, the governor reassured Texans that the Legislature would take steps this year to ensure a tragedy like the one at Santa Fe wouldn’t happen again.

After the bill’s passage out of the upper chamber, several senators applauded Taylor for spearheading the measure.

“I want to thank Sen. Taylor for working on a bill that’s very well thought out and will benefit the schoolchildren of Texas,” Huffman said. “What happened in your district was beyond horrifying … but I want to commend you for your work and the way you handled this tragedy.”

“Our goal is that no child will ever feel afraid at school and no Texas family will ever experience the grief that followed the horrible school shooting at Santa Fe High School,” Patrick said. “The safety of our children remains paramount — the future of Texas depends on it.”

Other school safety measures approved by the Senate this year include a bevy of bills that would alter an existing state-sanctioned program to arm teachers.

Taylor said the Santa Fe shooting was one of the most “challenging things I’ve had to deal with” during his time in the Legislature.

“Multiple young people’s funerals back to back in a few short days is very difficult,” he said. “That’s why we have to get this done.”

Shannon Najmabadi contributed to this report.