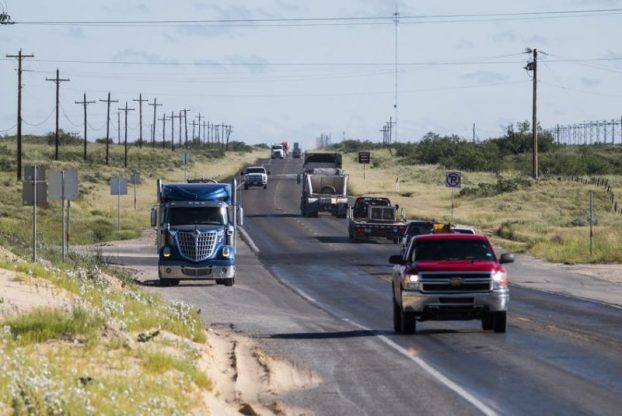 At least one person has died on Texas roads every day since Nov. 7, 2000. Despite efforts to End the Streak, as the Texas Department of Transportation puts it, the state still leads the nation in traffic deaths.

Bills aimed at making a dent in traffic deaths have gotten mixed results at the Texas Legislature this year.

There does seem to be some action on expanded road safety efforts at the Texas Transportation Commission.

Last month, the commission heard a presentation from TxDOT’s director of engineering and safety operations that indicated the agency may be moving toward a goal of having no traffic fatalities in Texas by the year 2050. Austin adopted a so-called Vision Zero plan in 2016, with the goal of ending deaths and serious injuries on Austin’s roads by 2025. Other major cities have adopted similar plans, which aim to address the problem through better road design, better enforcement of existing laws and education programs.

Washington state was the first to adopt a statewide goal of zero traffic deaths in 2000. Since then, more than half of states have set zero-death goals. But Texas has not.

“I’ve been working on Texas transportation policy for 15 years,” said Jay Blazek Crossley, executive director of Farm & City, a nonprofit spearheading a road safety campaign called Vision Zero Texas. “I am stunned and confused about the progress we are making.”

He said he’s hopeful the commission will adopt a zero-death goal at its meeting next month.

One proposal that has moved along in the process at the Legislature would reduce the default speed limit on neighborhood roads in urban areas.

“If you look at just kids who are walking and biking, more kids are hurt or killed on 30-mile-an-hour streets than any other type of street,” said Blazek Crossley.

House Bill 1287, filed by state Rep. Celia Israel, D-Austin, would lower the speed limit on roads that otherwise don’t have marked speed limits from 30 miles per hour to 25.

The bill, which has bipartisan support, has made it out of committee. It’s still waiting to get on the agenda for debate and a vote in the full House of Representatives.

Meanwhile, a law that would ban all use of handheld electronic devices while driving has gotten less support in the Legislature.

Senate Bill 43, filed by state Sen. Judith Zaffirini, D-Laredo, would crack down on distracted driving by making state law look more like Austin’s hands-free driving ordinance. Right now, state law outlaws only texting while driving. You can still talk on the phone, fiddle with your GPS, browse the web or do whatever else you want to do — as long as you’re not using your phone to “read, write or send an electronic message.”

Under SB 43, all uses of an electronic device while driving would be illegal (unless you’re using a hands-free device). Your vehicle would have to be stopped outside a travel lane for you to legally use your phone with your hands.

But the proposal hasn’t even had a committee hearing in the Senate — the first step to getting passed. A statewide texting ban was passed only in 2017, so the Legislature’s appetite for beefing up the law may not be there quite yet.

Another proposal would make a tweak in the state law that requires drivers to give pedestrians the right-of-way. Right now, the law simply says a driver must “yield” to a pedestrian in a crosswalk when there’s a walk sign or when there is no traffic light.

House Bill 1289 would require drivers to “stop and yield” for pedestrians legally present in a crosswalk.

“You have too many people who are just not respecting pedestrians — the right of a pedestrian to be in the crosswalk,” said Israel, who also proposed this bill. “Because you’re in a car doesn’t give you the right to close in on a pedestrian or hurry up a pedestrian with your car bumper. You have to stop and you have to yield.”

There doesn’t appear to be open opposition to the proposal, but it remains stalled without a committee hearing.

“Some things in the Legislature are a mystery,” Israel said.

There’s been movement afoot in road safety circles for years now to get officials to stop using the word “accident” to refer to traffic crashes. The idea is that accidents are somehow inevitable — and that the word doesn’t hold anyone accountable for a crash.

A New York-based safety group called Transportation Alternatives has a campaign for people to pledge not to use the “A-word.”

“Before the labor movement, factory owners would say “it was an accident” when American workers were injured in unsafe conditions. Before the movement to combat drunk driving, intoxicated drivers would say “it was an accident” when they crashed their cars. Planes don’t have accidents. They crash. Cranes don’t have accidents. They collapse. And as a society, we expect answers and solutions. Traffic crashes are fixable problems, caused by dangerous streets and unsafe drivers. They are not accidents. Let’s stop using the word ‘accident’ today.”

House Bill 4243 would change every instance of “accident” in the Texas Transportation Code to “crash.”

So far, it hasn’t had a hearing.

Senate may rein in tuition

By Richard Lee Special to The News AUSTIN — The average cost of a college education in Texas has skyrocketed... read more