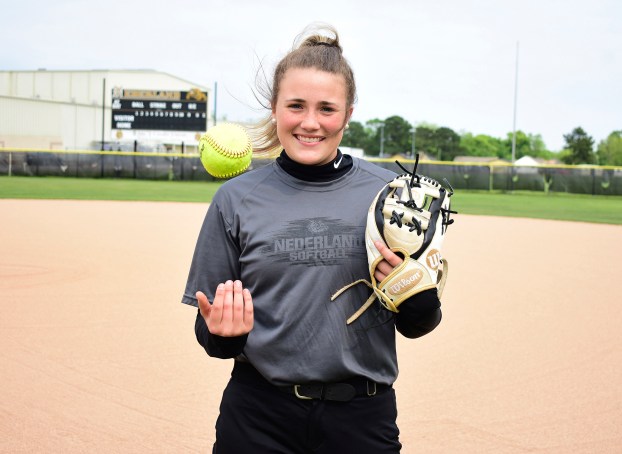 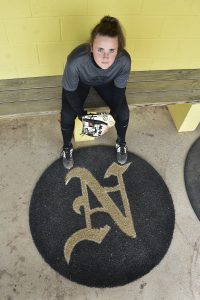 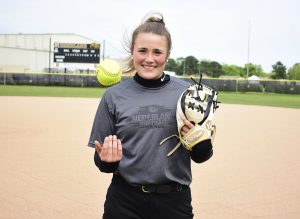 NEDERLAND — Destini Trahan knows how many strikeouts she’s thrown this year. She just hasn’t taken much time to think about it.

No, Trahan’s focus isn’t on the 243 Ks she’s recorded as a senior, although she’s the first pitcher in Will Mallette’s seven years leading the program with 200 or more strikeouts in a year. The 5A bi-district playoffs are here, and District 21-5A runner-up Nederland (21-13, 7-5 in 21-5A) will host the first game of a best-of-three series against Crosby (20-9, 12-4) on Thursday.

When Trahan does have time to think about 243 strikeouts, it doesn’t entirely blow her mind. The fourth-year varsity player and third-year starter has thrown as many as 180 in a season prior to 2019.

“I think me and my teammates, we just have a really fun time,” Trahan said. “I couldn’t do it without them. They’ve had my back through it all. Without our chemistry, like, nothing works.”

Mallette doesn’t take much credit for Trahan’s strikeout ability or the success that past pitchers have enjoyed while he’s coached the Bulldogs. One of them, Madison Guidry, was a senior when Trahan was a freshman, and both were district MVPs.

“It’s all them,” he said. “Great players make good coaches. I don’t do anything other than the mental aspect of the game. Just working on them and being mentally tough and handling pressure situations and treating it the same as nobody on, nobody out and bases loaded with no outs.”

Trahan (18-9) has fanned 10 or more batters in a game 10 times this season, including both games against Port Neches-Groves (14 in a road win and 12 in a nine-inning home loss). She tossed a season high of 19 against Cleveland in a complete-game, 1-0 win on April 9.

“That game [Nederland vs. PNG] provides its own motivation right there,” Mallette said. “They’re all great friends, and she’s going to go out there and show them exactly how good she is. I love watching her in those games. Every pitch is max effort, and there’s not a lot of wasted energy except for throwing the ball.”

Weatherford College took notice of Trahan and landed her for the 2020 season, just one of many Mallette has sent to the next level. But the Bulldogs have more pressing matters, like building a playoff run.

“As long as we score runs, we’ve got real good chance in the series,” Mallette said. “Destini’s going to go out there and do her job, and the defense is going to back her up.”

SOFTBALL: One game will settle Indians vs. Indians

PORT NECHES — When Nederland and Crosby play the second game of their best-of-three 5A bi-district series at The Ballparks... read more