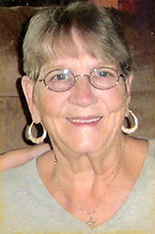 She was born on April 20, 2019 to her parents, Franklin Ferguson Johnson and Mary Bell Freeman Johnson  in Port Arthur, Texas. Melba was a lifelong resident of the Port Arthur/Groves area. She worked as a Bar Manger at several establishments for over 45 years. Melba was a member of the First Church of God in Port Arthur.

She was preceded in death by her parents, her two sisters, Rosemary Yeager and Aggie Thompson, her brother, August Kasier, her son,  Kyle Gavard.

A memorial service to honor Melba’s life will be at 3:00 PM Saturday, April 27, 2019 at the First Church of God in Port Arthur. Arrangements for cremation are entrusted to Clayton Thompson Funeral Directors in Groves.

Elmer Simmons Flowers, 88, originally from Texas, passed away on March 12, 2019 in Seattle, Washington, where he had be... read more