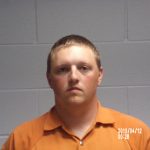 Eugene Frederick Schneider, 24, was arrested April 11 in Polk County and his bonds total $300,000, according to the jail website.

There is also an affidavit for release of surety bond out of Orange County because he was out on bond on two charges and, since he is accused of other crimes, his bond was dropped.

According to an Orange County Sheriff’s Office spokesperson, Schneider had charges for violation of a protective order in 2017 and sexual assault (of an adult) in 2018.

DEATHS David E. DeRoche, 67, of Nederland, Texas passed away April 7, 2019. Arrangements are under the direction of Melancon’s... read more