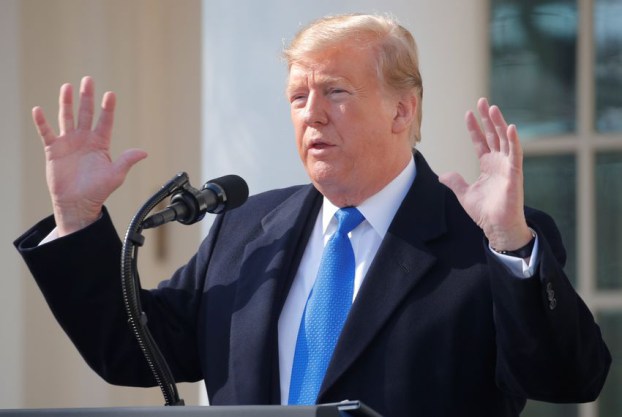 Texans in Congress react to the Mueller Report along party lines

WASHINGTON — Judging by their reactions, it was as if Texas members of Congress read two wholly different versions of the much-anticipated Mueller report.

The Mueller report stated that the two-year “investigation did not establish that members of the Trump Campaign conspired or coordinated with the Russian government in its election interference activities.” At the same time, the document laid out allegedly unethical activities on the part of the president and many in his inner circle.

The sheer length of the report translated into a slow trickle of Congressional reactions throughout the day.

Democrats laced into the attorney general for a news conference he held before the release in which he portrayed the president in a sympathetic light. Republicans were quick to declare President Donald Trump exonerated.

Democrats centered their fury on Barr. U.S. Rep. Eddie Bernice Johnson of Dallas stated she had “strong reservations with his conduct since Robert Mueller concluded his investigation.” U.S. Rep. Lloyd Doggett concurred with criticism of Barr and went on to call Trump “a liar, a loser surrounded by sleazy cohorts.”

Two key Democrats going forward are likely to be U.S. Reps. Veronica Escobar of El Paso and Sylvia Garcia of Houston, who serve on the U.S. House Judiciary Committee. They are both likely to end up questioning Barr in expected committee hearings. Escobar called Barr’s statements before the release of the report “a deliberate effort to mislead the American people.”

Garcia looked to the future.

“It also seems clear from the report that the Special Counsel has concluded that Congress is now the proper authority to follow and make determinations on these claims,” Garcia said. “Congress must act now to exercise its constitutional duty for the American people to protect the rule of law and fully investigate the allegations of obstruction, corruption, and abuse of power that the Special Counsel declined to make determinations on.”

U.S. Rep. Marc Veasey of Fort Worth called for Mueller to testify before Congress: “We need to hear the facts of the report from Mueller himself.”

Most Democrats avoided discussing impeachment, but U.S. Rep. Al Green of Houston once again continued his push for such action.

“Waiting for 2020 tells the American people that political expediency is more important than the moral imperative to hold the President accountable for his actions,” Green said.

The handful of Republicans who publicly weighed in Thursday had a far different take.

“The Nation should be pleased with the conclusions drawn in Mr. Mueller’s report, which confirms that the defamation campaign against the president was unfounded and baseless,” said U.S. Rep. Roger Williams.

U.S. Rep. Jodey Arrington of Lubbock said “the conclusions were definitive — there was no collusion, coordination or obstruction on behalf of the President or his campaign.”

He then called for more investigations into the conduct of the Department of Justice.

“Many questions remain as to the genesis and legitimacy of these allegations, the depth and breadth of political bias and corruption at the DOJ and the potential involvement of the Obama Administration,” he said. “Congress would be derelict in its duty not to pursue these allegations with equal diligence and hold all wrong-doers accountable.”

By Julián Aguilar The Texas Tribune texastribune.org El Paso and the Rio Grande Valley are less than two weeks away from... read more