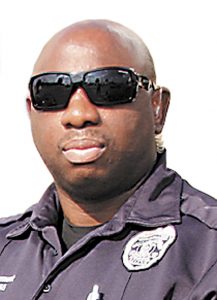 Georgia from Groves asks: Officer Antoine, my husband worked out of state with a gentleman from New Jersey, and my husband said he informed him it was illegal in the state of New Jersey to pump their own gas at a gas station. My husband said there are no self-service gas stations in the whole state, and wherever you go there’s an attendant that will pump your gas. I find this very hard to believe there are absolutely no filling stations or convenient stores where you can pump your own gas. Officer Antoine, is this true? Thanks for your answer in advance!

Answer: Good question, Georgia! This is a very interesting question because back in my younger days, there were many full-service gas stations in Texas and now they seem nonexistent. Not very often am I totally clueless about a question that is asked in this column, but from research I was able to compile that your husband’s former coworker was telling the truth. In the states of New Jersey and Oregon, businesses are prohibited from having self-service gas stations. It would promote many more jobs in Texas, but with that I’m sure the gas prices with rise as well. New Jersey banned self-service gasoline in 1949 after lobbying by service station owners and Oregon did the same in 1951. Proponents of the ban cite safety and jobs as reasons to keep the ban. Also this aids with those motorists who have a disability and find it difficult to pump their own gas.

Toni from Port Arthur asks: Officer Antoine, I just have to ask this question because I don’t want to get in trouble behind my friend. Officer Antoine, let’s say I’m driving my vehicle and my friend, who’s in the passenger seat, has a yeti cooler type of cup that you can’t see the beverage inside. If we are stopped by the police and the police determine the liquid inside of the cup is alcohol, who would get in trouble? Would it be my passenger or me, who’s driving the vehicle? If I’ve told him once, I’ve told him 50 times, I’m not getting in trouble behind him and his drinking. If they were coming to my car with a can or bottle of alcoholic beverage, I would definitely stop that, but because they have poured it in the yeti type cup, I’m not to the point where I’m going to ask them what’s in the cup. Please help: Who would get the ticket or get arrested? Would it be the driver or the passenger that has the open container? Thanks!

Join Officer Antoine for Ask A Cop Live on KSAP 96.9 FM, “The Breeze” radio station, from 1-2 p.m. every Tuesday. Tune in and listen as Officer Antoine discusses in detail the newly released Ask A Cop article published in The News. You can also tune in via internet at www.ksapthebreeze.org. Feel free to call in and ask your question live to Officer Antoine at 409-982-0247.

Remember to email your questions to Rickey.Antoine@portarthurtx.gov, or call 409-983-8673 and leave a message or voice mail question, or mail them to: Ofc. Rickey Antoine, 645 Fourth St., Port Arthur, Texas, 77640. If you happen to see me in public you can Ask A Cop!