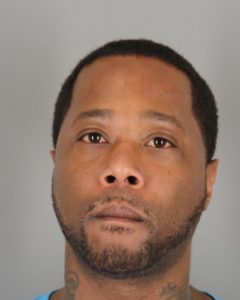 BEAUMONT — A Beaumont woman who was shot Saturday has died from her injuries and a warrant has been issued for a suspect.

Pamela Thibodeaux, 37, was found shot shortly after 9 p.m. at a home in the 1300 block of Church Street in Beaumont. She was brought to a local hospital in critical condition and later died, Beaumont police said.

Beaumont police detectives obtained an aggravated assault arrest warrant for Dion Lenoire, 36, of Beaumont. The charge will be upgraded to murder.

You can also submit a tip to Crime Stoppers by downloading the P3 Tips App on your smartphone.

Special to The News BEAUMONT — Beaumont police have arrested four people in connection with the April 11 shooting death... read more