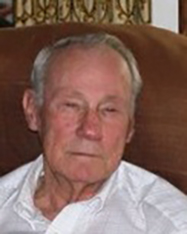 He was born on April 20, 1934 to his parents, Sylvester Clarence Rich and Lorena Guzman Rich in Port Arthur, Texas. Daniel was raised and grew up in the Port Arthur/ Groves  area and has been a resident of Houston for over 40 years.  He served in the U. S. Army during the Korean War. Daniel was a retired engineer from Exxon Mobil, during his long career he worked at Shell and Lockheed Martin at NASA.

He was preceded in death by his parents, his sister, Barbara M. Latimer, his brothers, Billy Bert Rich and Sylvester C. Rich, Jr.

Daniel is survived by his two daughters, Elizabeth Foxworth and her husband, Ricky of Vidor, Jane Cacciatore and her husband, Wayne of East Greenwich, Rhode Island, six grandchildren and eleven great grandchildren, his sister, Lucy Arnold of Woodville and his friend, Charles Fitzgerald of Houston.