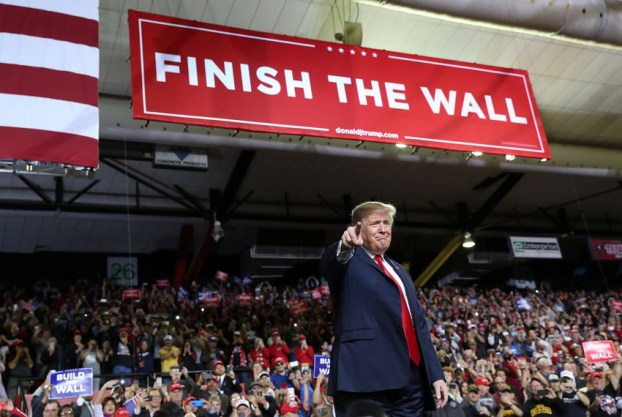 President Donald Trump is planning to return to Texas next month to raise money for his re-election campaign, according to people familiar with his plans.

Trump has scheduled fundraisers on April 10 in Houston and San Antonio, according to those sources. Asked about the trip, the White House said it did not have any scheduling announcements to make at this time.

Trump last visited Texas in mid-February, when he went to El Paso to rally support for a border wall. That event drew a counter-rally headlined by Beto O’Rourke, the former congressman and U.S. Senate nominee who has since entered the presidential contest.

O’Rourke is not the only Texas Democrat running to take on Trump. Julián Castro, the former U.S. housing secretary and San Antonio mayor, is also in the race.

HUNTSVILLE— A member of the “Texas 7” gang of escaped prisoners won a reprieve Thursday night from execution for the... read more