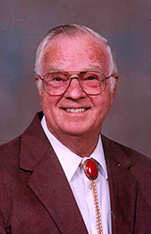 He was born on January 22, 1929 to his parents, Johnnie I. Bryan and Thelma Keller Bryan in Marksville, Louisiana. Keither has been a resident of the area since 1948. He served in the U. S. Army during the Korean War as a Tank Driver. Keither worked as a fireman with the Port Arthur Fire Department for 17 years. He retired as the owner and operator of Bryan Air Conditioning and also worked for several companies in the area including DeWitt Air Conditioning as an HVAC Mechanic. Keither was affiliatied with the First Christian Church in Port Arthur.

He was preceded in death by his parents, his three brothers, Curtis, Willis and Jeffrey Bryan, his brother-in-law, Roger Smedley, his son, Paul Curtis Bryan from Weatherford, Texas.

Visitation will be on Monday, March 4, 2019 from 6:00 PM till 8:00 PM at Clayton Thompson Funeral Home in Groves. Service to honor Keither’s life will be at 2:00 PM Tuesday, March 5, 2019 at First Christian Church in Port Arthur with Rev. Scott Wallace, officiating. Burial with Full Military Honors will follow in Greenlawn Memorial Park.

Carol Jean Perry LaFleur, 74, of Groves left us to be with God on Friday, March, 1st, at her home... read more