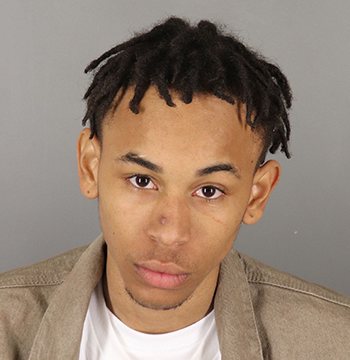 An 18-year-old Port Arthur man has been arrested in connection with several Nederland area burglaries and two juveniles are still being sought.

The adult is identified as Tre’Vontae Jones of Port Arthur. He was arrested on a burglary warrant by the Jefferson County Sheriff’s Office Fugitive Warrant Unit, according to the JCSO.

Back on Feb. 15, the JSCO along with their K9 and crime scene unit responded to two reported burglaries that had just occurred in the 2700 block of Tyler Avenue in Nederland.

Photos of the suspect vehicle used in the burglaries were obtained from the neighboring home videos and soon after the release of the photos; calls came in to Crime Stoppers that helped identify the possible suspects. JSCO, working in connection with the Nederland and Port Arthur police departments, were able to identity all three suspects.

Directives to apprehend have been issued for the two male juvenile suspects who are presently at large. An additional burglary case was submitted to the Jefferson County District attorney’s office on Tuesday.

Most of the items stolen in the burglaries were located and returned to the owners, according to the press release. The investigation into the burglaries has been a cooperative, multi-agency undertaking.

“With the help of the community, the suspects were quickly identified and charged for the burglaries and the stolen property was returned to the owners,” JSCO Capt. Crystal Holmes said.

You can learn more about submitting tips to Crime Stoppers by going to the website 833tips.com or downloading the P3 app. As always, you can call Crime Stoppers anonymously at 409-833-TIPS.

Associated Press ANAHUAC — Authorities are searching a bay off southeast Texas for clues about what caused a Boeing 767... read more