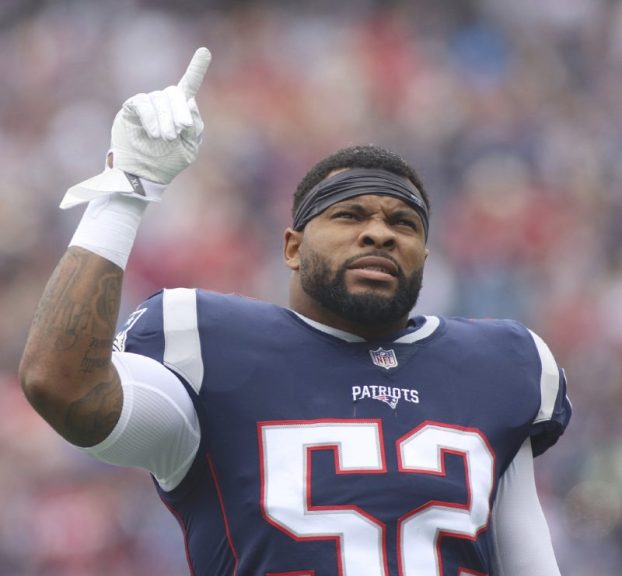 Elandon Roberts of the New England Patriots gears for the season opener against the Houston Texans on Sept. 9, 2018, in Foxborough, Massachusetts. (Michael Sudhalter/Special to The News)

Elandon Roberts has won two of his three Super Bowls, and the 2012 Memorial graduate has made an important play in both victories.

PatriotsWire, a USA Today website covering the New England Patriots, noted linebacker Roberts’ big hit on left guard Rodger Saffold of the Los Angeles Rams. A 9-second video on Twitter shows Roberts knocking Saffold off his balance and clogging up a lane to limit running back Todd Gurley to a short gain.

It was Roberts’ only tackle in the Patriots’ 13-3 win, but the article featured the Patriots’ “violent brand of football” in the Feb. 3 Super Bowl in Atlanta.

Roberts made a game-saving tackle at the end of Devonta Freeman’s 39-yard run in Super Bowl 51 against the Atlanta Falcons in Houston. The Falcons were forced to punt on the drive, and the Patriots tied the game at 28-28 on their next possession to send the game to overtime and win 34-28.