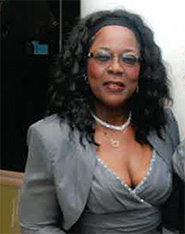 She had just celebrated   her 63rd birthday on July 20, 2019 with her husband, of forty -seven years, Albert Windon.

Born in Port Arthur, Texas she was the daughter of Florence and Zebedee Johnson.

She was educated in PAISD, home of the Lincoln Bumble Bee’s. She spent most of her working career as the deli manager of Judice  Market.  The latter part of her life was spent as an avid homemaker. Where she opened up her home to a host of her family.

She will be missed for her feisty  character, her love for cooking and the comfort she provided for all those in need. At thanksgivings, everyone knew who made what dressing. The spices in her gumbo and boudin left you wanting more. She will be forever in our hearts.