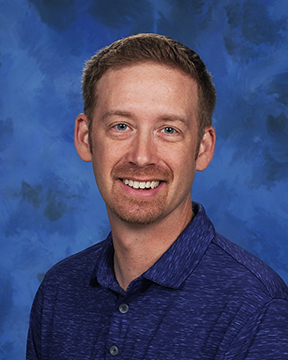 Sabine Pass theater teacher and coach for UIL One-Act Play was named one of the top UIL coaches in the state.

SABINE PASS — Theater teacher Chris Rector may have ben surprised when he was name one of 15 best University Interscholastic League sponsors in Texas but his boss wasn’t.

Rector has coached the UIL One-Act Play team at both Lampasas High School and Sabine Pass High School for a combined 15 years. He has taken teams to the state championship twice with one garnering state runner-up honors and a state best actor award. His One-Act play casts have been awarded over 140 individual awards. While at Lampasas, he led the Academic Team to a district title for the first time in over 20 years, according to information from UIL.

“It was surprising… it wasn’t something I expected,” Rector said. “I feel like I do what I’m supposed to do. It’s humbling.”

Sabine Pass Independent School District Superintendent Kristi Heid nominated Rector for the award and said when he won it was no surprise to her.

“He has great rapport with the students and fit right in with the theater program that is established,” Heid said. “He brought his won pizzazz to the program and enhanced it.”

Rector created film classes and last year two of his students’ films placed at state. Heid explained that he teaches the students but it’s the students who write, edit and do the filming.

Rector said this year the team has entered three films and are waiting to hear the results from Round 1 of the judging.

“They are extremely talented and very passionate once they get a taste of what’s going on they go all out,” he said.

Being from a small school with a small number of students means theater is very time consuming but “they make it all worth it.”

The winners were selected by a panel of judges in the areas of academics, athletics and music from nominations submitted by school principals and superintendents across the state.

The award, now in its 28th year, was created to identify and recognize outstanding sponsors who enable students to develop and refine their extracurricular talents to the highest degree possible within the education system.

“Coaches and teachers have such a difficult job, and they go beyond the call of duty to serve as UIL sponsors, coaches and directors,” UIL Executive Director Dr. Charles Breithaupt said. “UIL events function and thrive on the dedication and immense effort from sponsors like these. On behalf of the UIL, I commend these outstanding educators.”

Each winner will receive $1,000 and a symbolic memento from the UIL in recognition of their outstanding achievements in the pursuit of educational excellence through interscholastic competition. The League continually strives to strengthen and promote the role of extracurricular activities in Texas through programs like the UIL Sponsor Excellence Award.

“One of the wondrous results of UIL Competition is its innate and indelible ability to impact a diverse range of students in a myriad of ways,” Rector said. “It is a privilege to witness the growth of students as they develop crucial lifelong skills. They understand the importance of dedication, hard work, leadership, adaptability and pride in the process. They learn that true success lies in what you gain in experiences and memories, and that those far outweigh the importance of the final outcome of the event.”

Having a Ball at ‘Miss Bala’