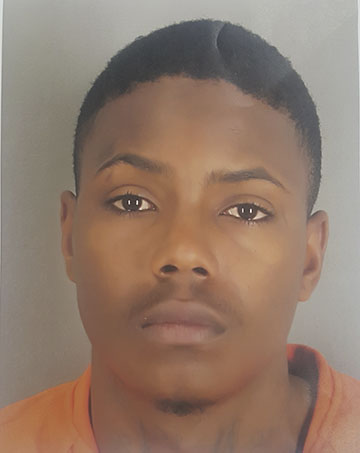 Surveillance video of the incident showed the suspect wearing a T-shirt and shorts enter the business and walk up to a desk. Police said the suspect asked the clerk for change for a $20 bill, then grabbed an amount of cash and fled.

Port Arthur police and the U.S. Marshal’s Office took part in a warrant roundup Wednesday that included the warrant for Ratcliff but they were able to apprehend him, Det. Mike Hebert said.

Ratcliff is also a person of interest in the aggravated robbery of several women that happened just before 1 a.m. Dec. 29 in the 1700 block of Duff Drive. The victims had just returned from a trip to Louisiana and were in a private driveway when the robbery occurred.

The suspect displayed a chrome semi-automatic handgun during the robbery and fired a shot in the air, likely to scare them, according to information from the Port Arthur police.

During the robbery he stole one of the women’s purses, which contained cash and an iPhone, police said.

Persons with information about this crime or know the suspect’s identity can call the Port Arthur Police Department at 98-8600 or Crime Stoppers of Southeast Texas y 409-833-TIPS. You won’t be asked your name and you may be eligible for a cash reward. You can also make an anonymous tip to Crime Stoppers by downloading the P3 Tips app on your smartphone.

Three armed men broke into a Port Arthur home and robbed the homeowner Tuesday night. The call came in to... read more