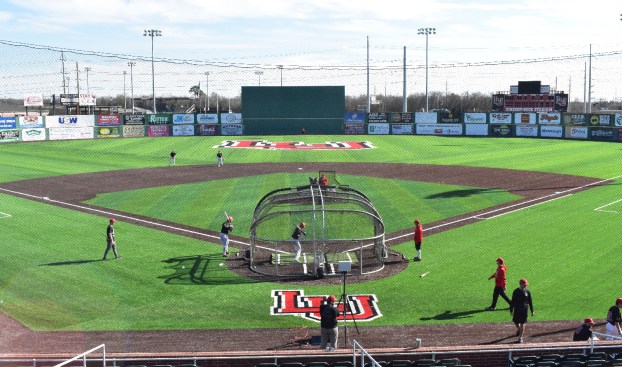 The new Hellas Construction-installed turf at Lamar University’s Vincent-Beck Stadium in Beaumont was completed just enough Friday for the Cardinals baseball team to practice on.

A spokesperson for the team said the rubber pellet layer right now is being tamped down still, “so the field isn’t ‘officially’ complete, but it’s close enough for practices to return to a normal time and location.” The Cardinals had been practicing at Port Neches-Groves High School.

The infield portion of the turf, according to a news release announcing the project in October, is a Fusion Triple Play brand. Fusion XP2 is installed in the outfield portion.

Lamar will begin its season Feb. 15 with a three-game set at Vincent-Beck against Long Island University-Brooklyn.

PREP ROUNDUP: Lady Titans move into tie for first in 21-5A

Staff reports Whatever it takes for Memorial to win, Julia Sion helps the Lady Titans get there. Sion finished with... read more