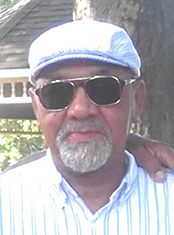 Elmer Joseph Wiltz, Jr. transitioned from his earthly life to his Heavenly home on January 6, 2019 surrounded by his family at his daughter Karen and Fredrick’s home, where he resided.  Mr. Wiltz moved to Port Arthur, TX in June, 2018 to be closer to his family.  Mr. Elmer J. Wiltz, Jr. received Christ at an early age.  He was of the Catholic faith and served as an altar boy.  Mr. Wiltz was a retired construction worker.

A funeral mass will be 1 p.m. Saturday, January 19, 2019 at Sacred Heart Catholic Church with visitation from 12 noon until service time.  Rev. Anthony Afangide, M.S.P. will officiate.

GROVES — A Groves road that was set to be repaired as part of the city’s 2018 streets program is... read more