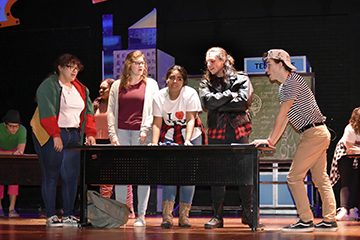 PORT NECHES — When a mother and her teenaged daughter magically switch bodies, chaos and humor abound in this retelling of an old story. 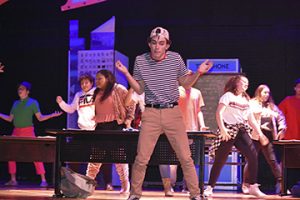 Burrows said she is a bit like her character while Cobos said the same.

“I like it because it’s like my personality,” Cobos said. I’m not neat. It’s a switch for me to act professional, have good posture.”

“He’s really confused most of the time,” Lefort said with a laugh.

The three thespians are not new to musical theater, having taken part in it in the past. And as for the future, only Cobos and Lefort plan to pursue acting. Burrows is set to major in biomedical science and play music on the side. 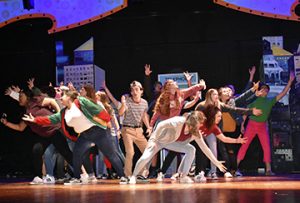 The cast members are hoping to fill the seats and said the production is fun to watch and the music is fun as well.

Melissa Eyles, theater director, said the original Freaky Friday was made into a musical a few years back and the rights to schools to produce the musical were only released a few months ago.

Show times for Disney’s Freaky Friday the musical will be:

Tickets cost $5 for students and senior citizens and $10 for adults. The high school is located at 1401 Merriman St., Port Neches. 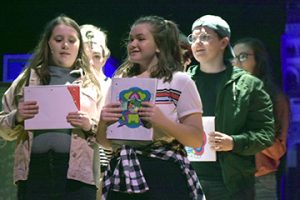 Templeton sworn in at 172nd

By Chris Moore chris.moore@panews.com   BEAUMONT — Surrounded by friends and family, with his hand on the Bible his deceased... read more