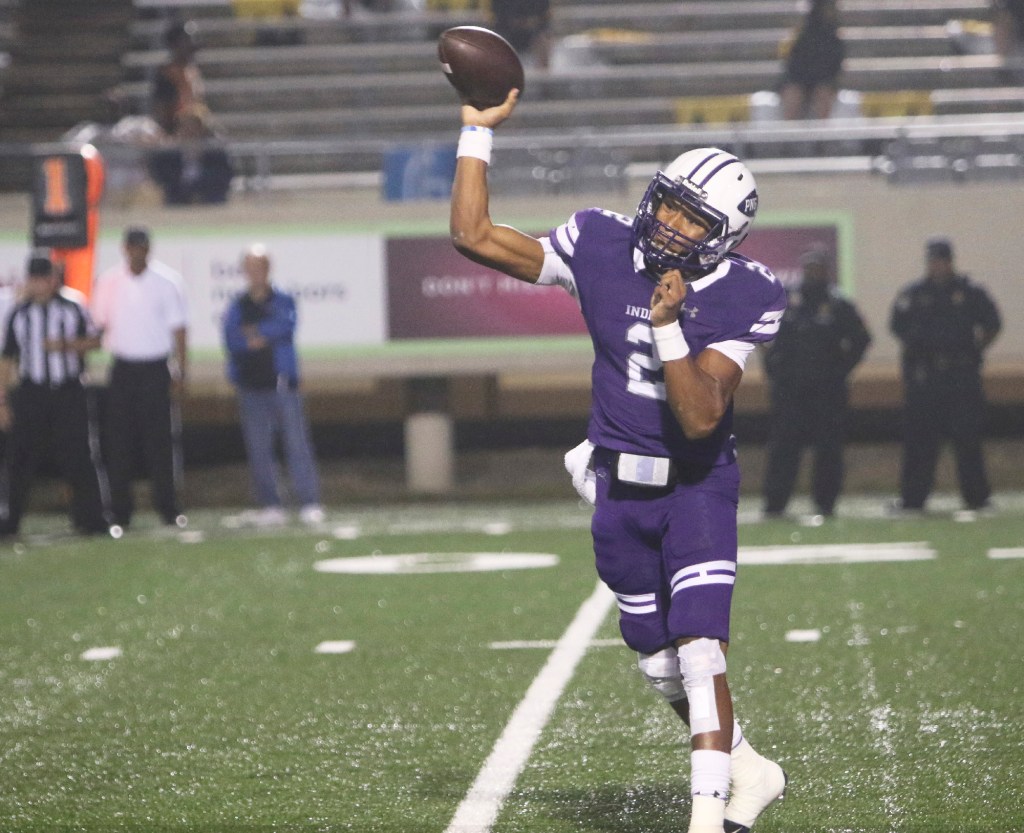 Roschon Johnson of PNG threw for 22 touchdowns and ran for 27 more as a senior. (Michael Sudhalter/Special to The News)

Roschon Johnson was involved in 49 of Port Neches-Groves’ 66 touchdowns this season, just a small measure of the big impact he’s made.

For the third straight year, Johnson was honored with a district MVP award, this time in District 12-5A Division II.

Johnson highlights a list of honorees from the district and is one of six superlative award winners. Nederland senior outside linebacker Adam Roccaforte was named defensive MVP and sophomore running back Kade Scott earned newcomer of the year.

Johnson finished the season with 3,942 total yards, the third straight year he broke the 3,900-yard mark. In each season, PNG (9-4) reached the 5A Division II Region III semifinal.

Roccaforte made big plays as a receiver, but he made his mark on the defensive side. He was a unanimous selection for the top defensive honor in 12-5A-II with 63 tackles, 10 quarterback pressures, a forced fumbe and fumble recovery.

Scott enjoyed a strong sophomore year with 959 yards and 10 touchdowns on 110 carries in eight games before being sidelined with an injury.

PNG wideout Jose Ceja made first-team All 12-5A-II as a wide receiver, with teammates Jaylen Garth and Abraham Reyes and Nederland’s Kevin Miranda and Johnathan Nguyen getting the nod as offensive linemen.

On defense, Nederland and PNG each landed four on the first team: Hunter Sonnier on the defensive line, Kerrington Broussard and Jordan Huckabay at linebacker and Landon Hiltz at safety for Nederland; and Donovan Bergeron and Santiago Agudelo at linebacker, Kade Martin at cornerback and Tyler Jackson at safety for PNG.