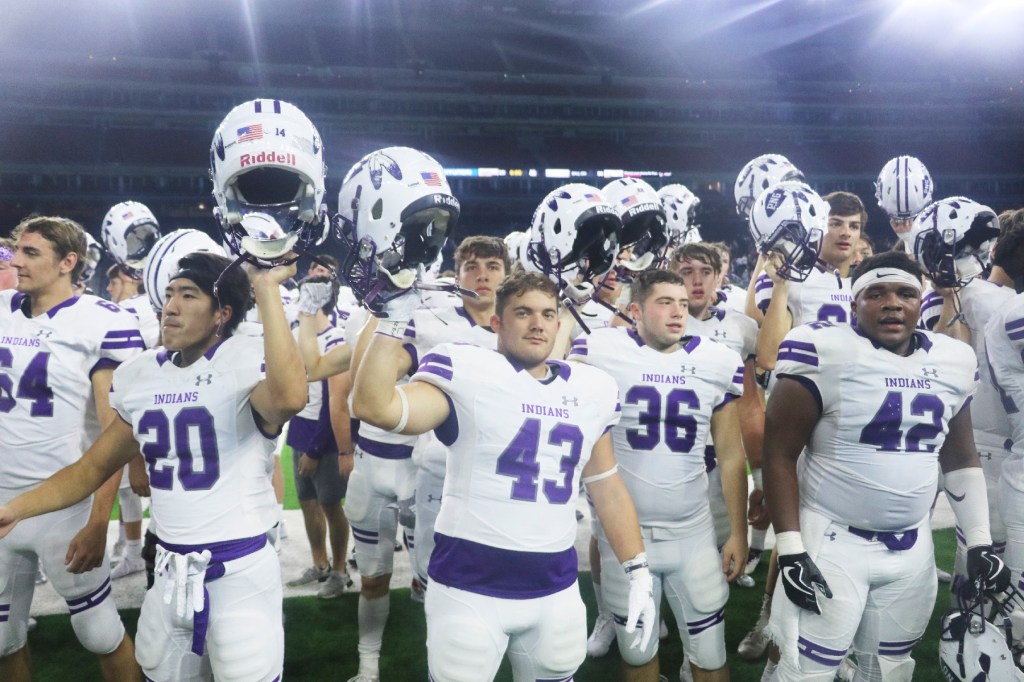 PORT NECHES — Remember 1999? That was the last time Port Neches-Groves played in the fourth round of the UIL playoffs.
For that matter, 1999 is also the last time the Indians went to a state championship game.

Imagine the itch the 2018 Indians — who will play in the program’s third straight third-rounder Friday night — must feel.

“Very much, not just me, but the kids, too,” defensive coordinator Dustin Templin said. “… We want to get over this hump. We haven’t been able to, and we’re itching to get over it.”

If PNG (9-3) does make it to next week’s 5A Division II Region III final, it’ll be by handing Fort Bend Marshall (12-0) its only loss of the year. PNG also is a win away from earning 10 for the third straight season. (One win was forfeited to Crosby this season.)

“They score a lot of points,” Brandon Faircloth said of the Missouri City-based Buffalos. “So do we. But we have to play great defense and keep them out of the end zone and win the turnover battle. We got some turnovers like we have the last four or five weeks.”

Faircloth’s hope is that the Indians can carry over a strong defensive effort from the second half of last Friday’s 50-28 win over Lindale. PNG was down 21-14 early in the second quarter before scoring 36 unanswered points.

But Fort Bend Marshall isn’t exactly the pass-happy ballclub Lindale was. The Buffalos’ bread-and-butter on offense has been its running game, as they have rushed for nearly 270 of their 405 total yards per game. Five different rushers have rushed for triple-digit yardage, led by senior Jerry Davis’ 937 yards and 13 touchdowns on 115 carries (8.1 per carry).

“That is something that is a little bit concerning.” Templin said. “We’ve just got to do a good job of rotating guys in and keeping guys fresh the whole game so we can always be at 100 percent.”

When Buffs junior quarterback Malik Hornsby does throw the ball, he’s pretty effective as well. He’s only thrown 69 passes (completing 49), but that 71 percent completion rate has led to 167.8 yards per game (27.4 yards per catch).

Still, slowing down the Buffalo rush is of utmost importance for the Indians.

“I think in any defensive gameplan, you’ve got to stop the run,” Faircloth said. “If you don’t stop the run, you can’t win. I don’t think there’s a coaching staff in the state that would tell you they would stop anything else. When you throw it, three things can happen, and two of them are bad, right? We’ve got to stop the run.”
The Buffalos’ defense will have its work cut out as well.

PNG senior Roschon Johnson rushed for four touchdowns and threw for two, not unusual statistics for the soon-to-be University of Texas signee. He’s been involved in 48 of the Indians’ 64 touchdowns this season, but Faircloth thinks Johnson is doing more as the playoffs wear on.

“We’re a little thin at running back,” Faircloth said. “His carries are going to go up a tad. Obviously, you want the ball in his hands, and we’re going to take what the defense gives us.”

HUNTSVILLE OR (NE TEXAS’) MARSHALL?
The winner will take on either Marshall (northeast Texas) or Huntsville. Those two teams will face off at 8 p.m. Saturday at the Ford Center in Frisco, the Dallas Cowboys’ practice center.

“Any competitor wants a second chance when somebody beats you,” Faircloth said. They played really well that night and beat us here. … We’re not worried about it at this point. We’re worried about Fort Bend Marshall.”

PAY-PER-MONTH
The game will be streamed live by the NFHS Network, the streaming service for the National Federation of State High School Associations. It offers a monthly pass for $9.95 per month.