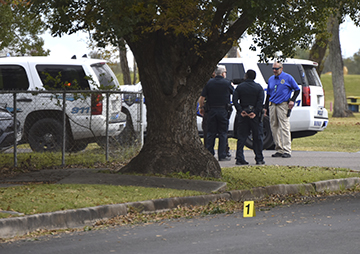 (NOTE: This version of the news story shows a correction. The shooting victim was a female, not a male, as was first reported.)

A 30-year-old man Port Arthur police say walked down a residential street Wednesday firing a gun, striking one person, later broke free outside the county jail and fled on foot before being recaptured. 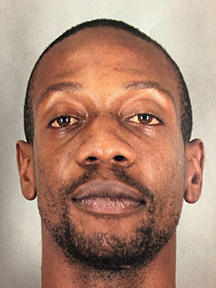 Police identified the suspect Lee Smith. He reportedly jumped out of the Port Arthur Police unit after the officer opened the vehicle’s door to get him out at the Jefferson County Correctional Facility.

Still handcuffed, the suspect ran down a private road on the facility grounds, then to the nearby service road where he headed north.

The suspect faces several counts of aggravated assault as well as escape.

Police took the initial 911 call around 12:30 p.m. in reference to a person displaying a firearm to a woman who had a child with her at Judice’s French Market, 3005 Seventh St., Det. Mike Hebert said. While officers were en route, the man walk on Second Avenue towards Procter Street, firing the gun, Sgt. Jeff Smith said in a separate conversation with The Port Arthur News.

The suspect reportedly fired at a vehicle in the 2900 block of Procter Street and struck a front seat passenger in the leg. The victim made her way to the Port Arthur Fire Station on Woolworth Boulevard. From there, she was transported to St. Elizabeth in Beaumont and her injuries were later described as non-life threatening.

“A Port Arthur Police unit arrived and confronted the man. The suspect then took a combative stance with his pistol but when a second unit arrived he dropped the gun and was taken into custody without incident,” Hebert said.

Police believe the suspect may have been under the influence of narcotics.