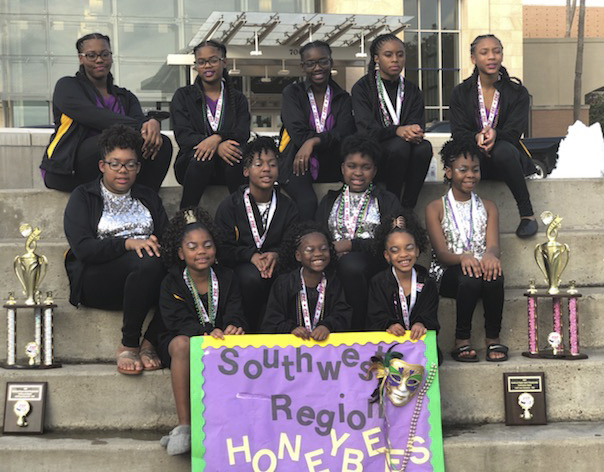 Honeybees back to Disney

The Port Arthur Junior Bees’ Honeybees dance organization was in McAllen from Nov. 17-19 for the Pop Warner Southwest Region championship. The Pop Warner region covers six states, and the Honeybees won first place for dance and the overall Grand Championship. They are now headed to Walt Disney World in Orlando, Florida, for the Pop Warner national championship to represent the region. This is the sixth trip for the Honeybees to Orlando, as they will be there Dec. 3-7. The Junior Bees organization will be on the corner of Memorial and Gulfway from Friday to Sunday to raise more funds for the trip to Disney. (Courtesy photo)

Down to his last strike, Jansen Kenty smashed a two-run home run to tie Houston Post Oak in regulation, and... read more