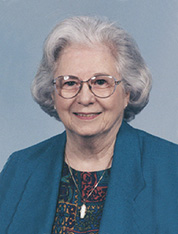 Margie Coleman Hobbs, loving mother and kind friend, passed away peacefully just shy of her 97 birthday.  She is preceded in death by Bruce, her husband of 62 years, and survived by her sister, Aletha Kirkwood of Port Arthur, Texas.

Margie was born and raised in Port Arthur. In 1970 she moved with her family to Lake Oswego, Oregon, when Bruce took a job with the Dillingham Corporation.  In the late 70’s they moved to Beavercreek, Oregon, and were active members of the Clarkes United Methodist Church.

In lieu of flowers, donations can be made to the Clarkes church.