FOOTBALL: Welcome back home: Bulldogs hope own field is recipe for success 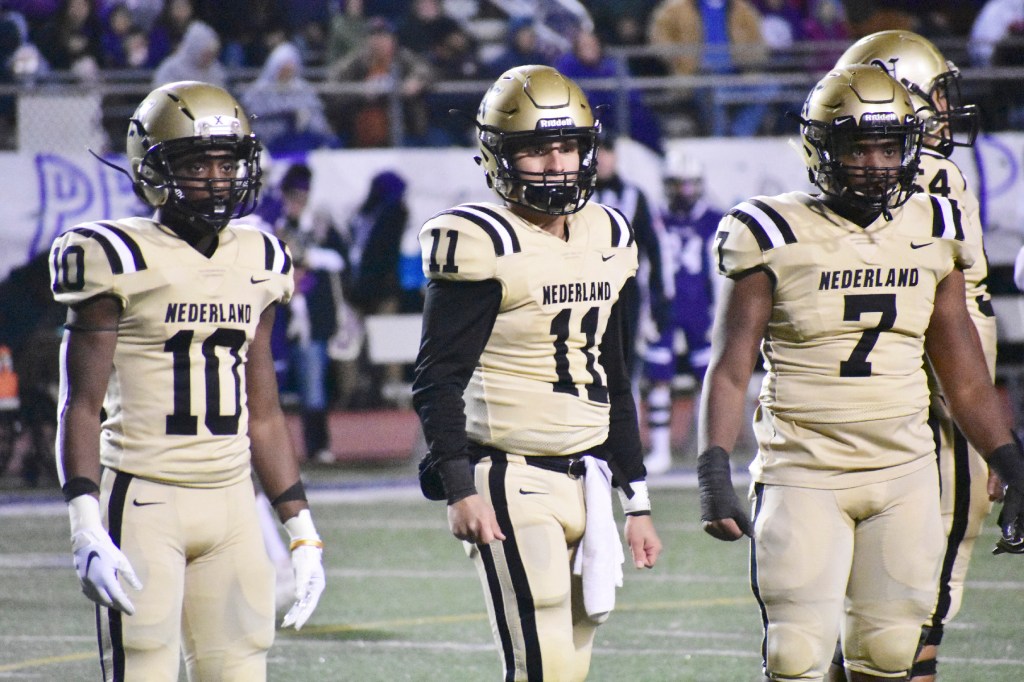 NEDERLAND — The Nederland Bulldogs have little time to dwell on their first loss of the season which came at the hands of rival Port Neches-Groves Indians Friday. The loss ruined the chance at the Bulldogs’ perfect season, but Nederland must leave that loss in the regular season on turn their focus toward their first playoff opponent, the Fort Bend Willowridge Eagles.

“The way the schedule is set up, if we lose again, we go home,” Nederland head coach Monte Barrow said. “That actually helps to get them refocused. We tell the seniors they’re not guaranteed another game unless you win this one. The way the schedule fell, in that sense, really helps.”

Barrow said he thinks it’s the first time Nederland has hosted a playoff game since 1999.

“It’s special,” he said. “I’m really excited for the seniors who probably thought they played their last home game against Crosby. Now, they get to play on the Bulldogs’ field again. It’s exciting for our fan base as well. We travel really well, but the fact we’re able to be at home — I’m just excited about that.”

Once the game kicks off, players tend to be able to block out the noise of a crowd, but having the atmosphere before the game can help set the tone, Barrow said.

“You try to tell them to focus on the game and block everything out,” he said. “Since the beginning of the year, our fans have been — they’ve just been into it. Our student section has been unbelievable and our kids feed off that.

“Especially at certain moments in a game whether it’s a fourth down you’re trying to make or holding off the other team, you get that adrenalin from the fans. They’ve been a big part of a lot of what we’ve done this year.”

Nederland’s identity under Barrow has been to play physical defense and pound the ball on the ground, which are two elements of football that is widely believed to be base of any postseason run.

Even after their first loss, the Bulldogs ended the season with the district’s top-ranked defense.

That defense will be tested facing the Eagles dual-threat quarter back Vaughnte Frederick, who leads 11-5A-II in rushing (1,133) and was third in passing (1,439). Frederick racked up a combined 33 touchdowns.

“This week, we definitely have our hands full,” Barrow said. “We know what we need to stop.”

The Bulldogs have been banged up in he backfield on offense with Kade Scott out for the season with a shoulder injury and Josh Mazyck dealing with an ankle injury.

Nederland has handed the ball of to a number of different players including freshman running back Kydon Fuselier. Six different Bulldogs recorded a carry against PNG.

“We were hopeful that Josh was 100 percent,” Barrow said. “It was obvious that he wasn’t. That’s not his fault. That’s just part of being a football player. We had some defensive starts that had played running back in the past.”

Quarterback Blaysin Fernandez lead the team in rushing last week with 105 yards on 18 carries. Barrow said having the senior step up and take some of the load carrying the ball has helped the team.

“When you have the youth in the back field, it helps to have that experience at the quarterback experience,” Barrow said. “Our fullback Armani Douglas is a senior and he talks to those guys in practice throughout the week. With the rest of the backfield being young, that has been a big help for those guys.”