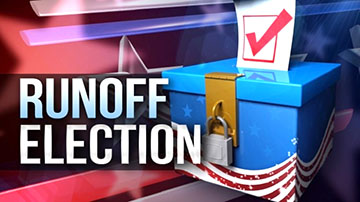 GROVES — The two front-runners in the mayoral race in Groves are set to head into a run-off election.

Groves City Clerk Kim Lowery said there will be a special meeting next week to canvass the elections, both special and regular, and at that time council members will call for the run-off election and set the dates for the election.

Williamson, 51, began attending city council meetings and running the Keep Groves Beautiful Facebook page as well as acting as a liaison of sorts between the residents and the city. She believes some of the reasons she had so many votes against the incumbent is that in talking to hundreds of people, she appreciates that the residents want transparency and to be heard.

“We are on the same page and are able to work as a team,” Williamson said. “I’m a regular person out to help other regular people.”

Williamson spent a lot of time meeting voters while campaigning. Some were younger voters and she even met one who, at age 50, had never voted before.

“Because of what they saw me doing, they went and registered to vote,” she said. “I think that’s incredible. I had people of all ages contact me, people in their 70s, middle-aged people. Male and female.”

Williamson said she received an outpouring of support and that she heard from three people who voted straight party in the statewide and national elections but never saw her on the ballot. She plans to look into the issue with officials.

She is now looking more closely at the numbers, saying there are 9,500 registered voters in Groves and about 4,000 voted in the mayoral race.

“I need to do a better job explaining how important it is to vote at the local level,” she said. “The reality that people can focus on the state and federal levels but not your local government … your mayor, your council members are voting at every council meeting on invoices to be paid, voting on ordinances to be considered, situations around the city to consider.”

Other important decisions that take place in council chambers include voting on water and sewer rates and setting the tax rate.

Williamson also wanted to remind the public that the mayor and council seats are non-partisan.

Bailey, 53, has served as mayor of the city for 18 years. He did not return repeated phone calls.

GROVES — A recall election to remove Cross Coburn from his Ward 1 Groves council seat has prevailed. There were... read more