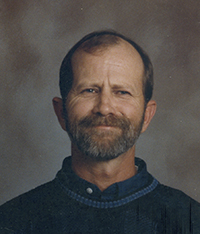 James was a 1973 graduate of Port Neches-Groves High School.

He served his country for four years and was honorably discharged in 1980.

Following his discharge, he went to work for the US Postal Service.

He retired from the Postal Service after 30+ years.

He lived the remainder of his life in Port Neches. He loved riding in his Hummer, taking his 4-wheeler for rides and just sitting around his yard feeding and watching his ducks.

The family wishes to have a private service and cremation will follow at a later date. Anyone wishing to send a memorial in Jimbo’s memory, donations can be made to Buckner Children’s Village in Beaumont, TX.