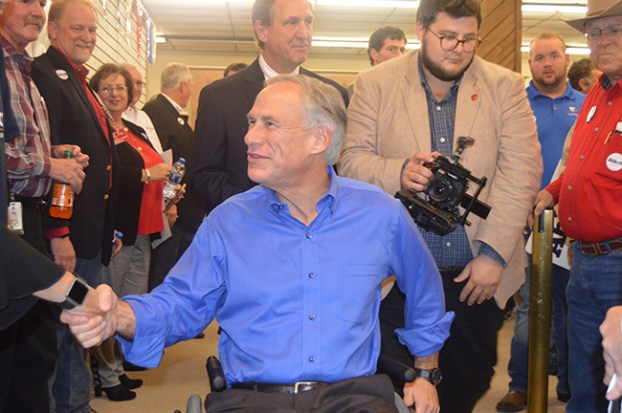 PORT NECHES — Texas Gov. Greg Abbott came to Southeast Texas to the Jefferson County Republican Party headquarters for a Get Out the Vote Rally in Port Neches on Wednesday.

Abbott, along with local Republican candidates, was in attendance to encourage Republican voters to get to the polls.

Abbott spoke about the time he spent with President Donald Trump during his rally in Houston on Monday.

“(Texas) now leads the entire nation in new job creation,” Abbott said. “In the past year alone, we created about two Jefferson Counties (500,000 new jobs) in the state of Texas. We have record unemployment in Texas and lead the nation in economic development.”

Abbott said he is working with the president to secure the border between United States and Mexico.

The governor said he wants to work with representatives after the election to help the educational system, which he said needs to be improved, but is doing better than it has ever been.

Texas currently ranks 43rd in the nation in education spending per student.