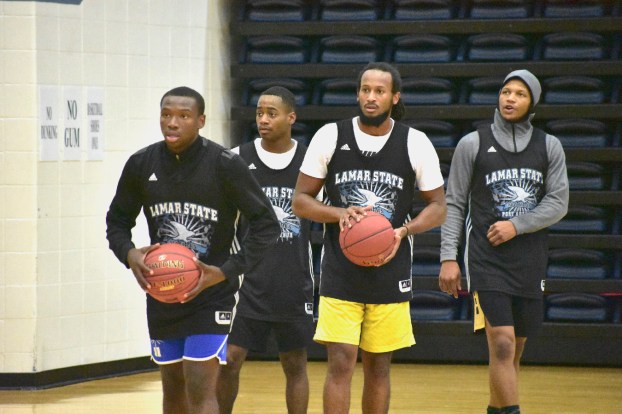 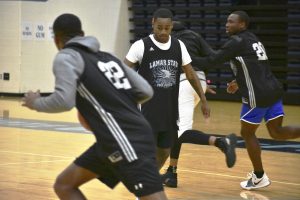 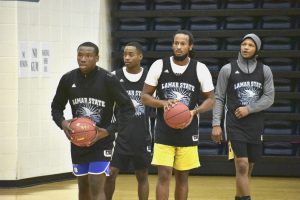 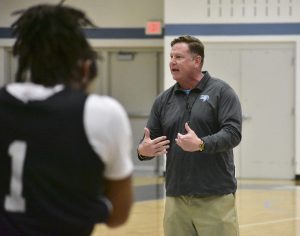 Lamar State College Port Arthur may not have an issue with depth on its men’s basketball team this season.

And with seven players from Jefferson County, including a trio of recent state champions from just up Ninth Avenue, the Seahawks may not have a problem filling seats during the season.

“There’s a lot of familiarity in Southeast Texas, and we’ve known that since I’ve been here,” said Lance Madison, who’s going into his seventh season as head coach. “We’re fortunate to go out and recruit and get some guys who stay local and have a little pride in the program. I think the community has a little ownership in the program once you get some local guys. We’re happy to have them. They’ve been some big additions for our roster, and we’re looking pretty good in the preseason. Hopefully, we’ll continue to get better.”

Lamar State, coming off its first losing season under Madison at 15-17 (7-12 in Region XIV), has bolstered its roster up to 20 players with only four of them returning — Port Arthur native and Kelly graduate Tevin Baker, Beaumont products Devin Ellis and Justice Vaughn and Houston’s Alex Williams. Four sophomores, including Nederland’s Jase Miguez and Silsbee’s Tra Grubbs, and five freshmen from the 2017-18 team (including leading scorer Rodney Brown) have moved on.

“My assistant coach, Casey Apetrei, did a good job recruiting,” Madison said. “We thought it’d be good if we had more on our roster, compete every day in practice and make the guys better. Just in case we have injuries or adversity, we’ve got enough depth to really be successful.”

The Seahawks will redshirt five guys, Madison said. He declined to indicate the number of scholarships he has, but he said some players are walking on.

“The depth would make the team more intense because we have a lot more people on the bench to make the games more pumped up in the locker room,” Baker said. “If a guy gets tired, we always have a sub. It’s not too many guys who are going to have a whole lot of minutes on this team, that’s what great about this depth chart.”

Darion Chatman, Thailan Wesley and Jamyus Jones are among the new faces trying to break into the rotation.

More than six months have passed since the three Memorial graduates won a state championship in San Antonio. Now, they’re three of 13 guards listed on the Seahawks’ roster.

Chatman, the vocal 5A state tournament MVP, is playing more of the shooting guard role at Lamar State than he did at Memorial. The preseason slate Lamar State took on last week, with games at NAIA schools Wiley College and LSU-Alexandria (where current Seahawk frontcourt guys Nathan Bailey and Javante Walker transferred from), helped him and the newcomers become more acclimated to the college-game speed.

“I like the team,” he said. “We’re doing real good so far. We’ve got a lot of potential to get to the championship this year.”

The Seahawks are learning to play hard on every possession and compete defensively, according to Madison. They won 4 of 13 games that were decided by five or fewer points, having suffered back-to-back losses against Blinn College and San Jacinto College, the latter of which folded its program after last season.

Lamar State has a buzzer-beating win against Navarro College (65-62 on Ethan White’s winning three-pointer) in last March’s Region XIV tournament first round it can draw from.

“We didn’t go too far, but we went far enough to have the experience that every point counts and every possession counts,” Baker said.

Lamar State will hold its intrasquad scrimmage that’s free and open to the public at 6 p.m. Thursday.

The Jacksonville Jaguars have cut running back and 2005 Memorial graduate Jamaal Charles. The Jaguars announced the move on their... read more