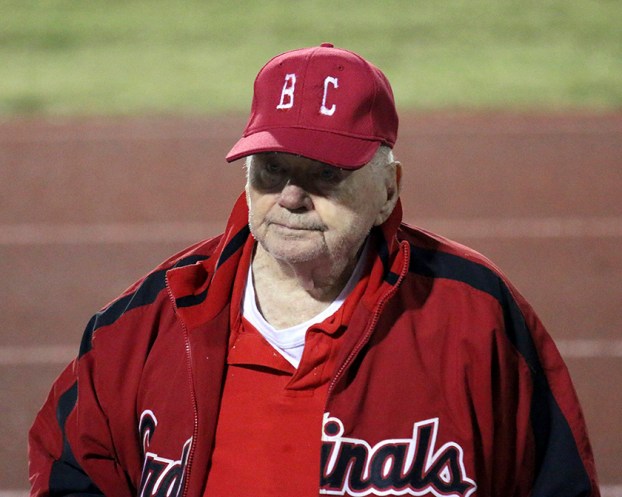 Orange County lost a great one Sunday night as legendary trainer and coach Moe Litton passed away at age 91.

Litton was inducted into the Southeast Texas Coaches Hall of Fame back in 1999.

He worked at Bridge City, Orangefield, Vidor, Hemphill and Jacksonville over the years but was mostly known for his amazing stint at Bridge City, where he worked for the Cardinals from 1965-1988.

His second year at BCHS was when the Cardinals brought home the 3A state football championship with a 30-6 victory over McKinney.

After serving four years in the Navy during World War II, Litton went on to Stephen F. Austin State University, picking up his bachelor’s degree in 1953 and his master’s in 1956. He played football at SFA and was a letterwinner for the Lumberjacks.

In 1964, Litton became the first certified National Athletic Trainer at the high school level in Southeast Texas. Training, without question, was his true love. After retiring from Bridge City in 1987, Litton worked for Lake Charles Memorial Hospital as a sports medicine consultant until 2008 and continued to be seen around Southeast Texas schools, helping students overcome injuries to get back on the fields of play.