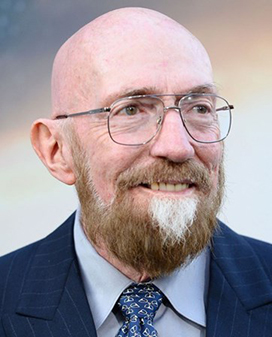 Stargazing individuals will soon get the opportunity to learn more about the underpinnings of the universe when a notable physicist comes to Beaumont to discuss some of his award-winning work.

Lamar University is hosting the latest of its Academic Lecture Series, in which 2017 Nobel Prize winner in Physics Kip Thorne will lecture on ideas and research from his book, “The Science of Interstellar.”

Thorne is a co-founder of the billion-dollar Laser Interferometer Gravitational-Wave Observatory, or LIGO project and was an executive producer of the Christopher Nolan film “Interstellar.”

Professor and chair of Lamar’s Department of Physics Philip Cole said Thorne’s book would serve as a platform for some of the weightier scientific concepts seen on screen, all of which are grounded in actual physical laws that govern the universe.

“Kip Thorne wanted to make sure that the science was correct… He wanted to portray what happened near a black hole but keep it on a sane scientific footing,” Cole said.

In order to more accurately portray what a black hole would look like, Thorne used some of the most massive computational power available at the time.

“He received the Nobel Prize in 2017 for a discovery published in 2016, which was basically the measurement taken at the Laser Interferometer Gravitational-Wave Observatory,” Cole said. “This is a big thing. Sure, he’s talking about it at Hollywood and having fun with this, but he’s also one hell of a scientist.”

Thorne and his team at LIGO made history by making the first direct detection and measurement of gravitational waves, something only theorized by Einstein’s theory of general relativity.

“They measured the impact when two black holes — each about 30 times the mass of the sun — were swirling about each other traveling at the speed of the light,” Cole said.

“When they collapsed, these solar masses immediately turned into energy that rippled the space-time fabric of our universe and gave more energy in that brief instance of time than in the entire universe.”

The event occurred 1.3 billion years ago before being measured in 2015.

“It was measured in mid-September 2015, announced in February 2016 and (Kip) got the Nobel Prize in 2017,” Cole said. “This was the first time that it’s been directly measured.”

Cole emphasized the importance of such a discovery and such an invention as LIGO.

“It opened up a whole new world,” he said. “Its invention was as important as the telescope. We can now see things that have been heretofore impossible to measure.”

Such weighty physics and its theoretical like are to be found in “Interstellar,” a movie in which Thorne served as scientific consultant.

Cole was quick to highlight the prestige and honor having someone like Thorne would bring to Lamar.

“It’s great. It’s really great. I don’t know how happy to express this — someone of his high reputation coming here to talk,” Cole said. “It’s good for the community. It’s good for Lamar and it’s good for science. Our goal is to build up science here.”

The Lamar University Academic Lecture Series is a student-funded event that regularly features distinguished speakers in academic fields representative of each of the university’s colleges.

The free event is hosted by the College of Arts and Sciences and will run from 7:30 p.m. to 8:30 p.m. Tuesday in the University Theater.

In preparation for the event, there will also be a free showing of “Interstellar” from 6 p.m. to 9 p.m. Friday at the John Grey Center in the Price Lecture Room.

By Ken Stickney ken.stickney@panews.com A $4 billion hurricane and storm damage risk reduction project that will bolster some levees and... read more