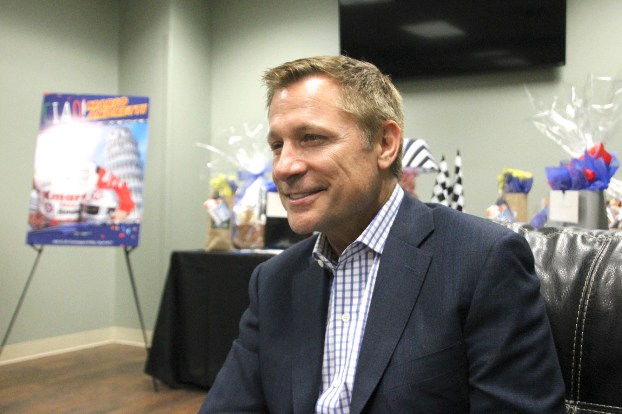 To the best of my knowledge, Bill Macatee didn’t play much golf while he was attending Lamar University or working as the sports anchor at KBMT in Beaumont in the mid to late 1970s.

A prominent voice at CBS sports, Macatee was inducted Monday at Brackenridge Country Club in San Antonio in the Lifetime Achievement Category. Among his credentials are working 28 Masters, 20 PGA Championships, every Ryder Cup from 1991 to 2006 and pinch-hitting for Jim Nantz in selected PGA Tour events.

Interestingly enough for the symmetry of this piece, Bill was the lead announcer last spring when Groves’ Andrew Landry won the Valero Texas Open in San Antonio. What better than having a Lamar grad on the call for the first PGA Tour victory of a PNG ex who signed to play golf for the Cardinals?

Though it may be a bit of a reach to claim Macatee as a full-fledged Southeast Texan, the El Paso native’s ties at Lamar make it credible. He was named in 2012 as a Distinguished Lamar Alumnus, delivered the school’s spring commencement address in 2014 and is a trustee for the LU Foundation.

It is worth noting that Zaharias, whose feats in several sports are legendary, was part of a monster inaugural class. Among other notables going in with the Babe were Ben Hogan, Byron Nelson, Jimmy Demaret and Lee Trevino.

It says here no other state could top that group.

Andrew Landry made the cut with rounds of 69-71, but slipped to 72-76 on the weekend. That left him tied for 66th at 288, with a check for $13,184. In addition, Landry decided to withdraw from this week’s lucrative CIMB Classic in Kuala Lumpur over concerns with a throat issue.

Stroud, who went into the Safeway hoping for a fast start, struggled terribly with his driver, hitting only 10 of 28 fairways. That led to hitting only 20 of 36 greens in regulation.

An erratic driver was also a problem for Landry, who was only 27 of 56 in
fairways hit …

PNG ex Braden Bailey will be playing down the road in Houston on Friday through Sunday in in the inaugural Big 12 Match Play Championship. The Golf Club at Houston Oaks is hosting the event, which is modeled after the NCAA Championship match play format.

Schools are seeded for the tournament based on their current ranking in the Golfweek/Sagarin and Golfstat rankings. Teams will earn points in five matches to be played Friday, Saturday and Sunday, then the two with the most points meet for the championship Sunday afternoon.

Bailey, who is in his senior season at Baylor, is coming off a tie for 10th
in Baylor’s last tournament …

In the Monday Senior 50 Plus 2 ball Game at Babe Zaharias, the team of Craig Geoffroy, Tom LeTourneau, Don MacNeal and Roger Koch won the front with minus-1.

On the back there was a tie at minus 3 between the team of Benny Sharpe,
Ronnie LaSalle, Larry Johnson and Dwayne Benoit and the foursome of Daniel Mullens, Rick Pritchett, Ray Darbonne and Cole Lee …

The Friday Senior 2 ball saw the team of Bob West, Harrell Guidry, Roger
Baumer and Calvin Landry take the front with minus-3. On the back, even par won for the foursome of Craig Fontenot, Larry Reece, Johnson and Benoit.
•
Golf news should be emailed to rdwest@usa.net.