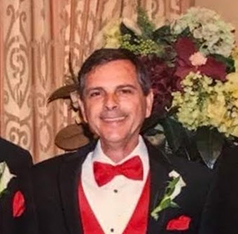 Robert James LeBlanc, 61, of Bridge City passed away on Sunday, September 30, 2018.  He was a free spirited and fun loving friend, brother, and uncle.  He will be dearly missed by all who knew him.

He was born on January 1, 1957 to his parents, Norris LeBlanc and Juanita Beauxis LeBlanc in New Orleans, Louisiana. Robert graduated from Thomas Jefferson High School in 1974. He earned a Bachelor’s Degree in Computer Science from Lamar University. He worked for Lockheed for many years.  He spent most of his life in Livermore, California and Reno, Nevada before coming back to this area in 2012. Robert was an avid Dallas Cowboy Fan.

He was preceded in death by his parents, Norris and Juanita LeBlanc.

Visitation and memorial will be on Saturday, October 6, 2018 from 11:00 AM till 1:00 at Clayton Thompson Funeral Home in Groves.  Because of his love for the Dallas Cowboys, the family is asking those who attend the service to wear the Cowboy colors or team attire as a tribute to Robert’s memory. Arrangements for cremation are entrusted to Clayton Thompson.

In lieu of flowers, donations can be made to Texas Children’s Hospital or St. Lukes Baylor Medical Center in memory of Robert.