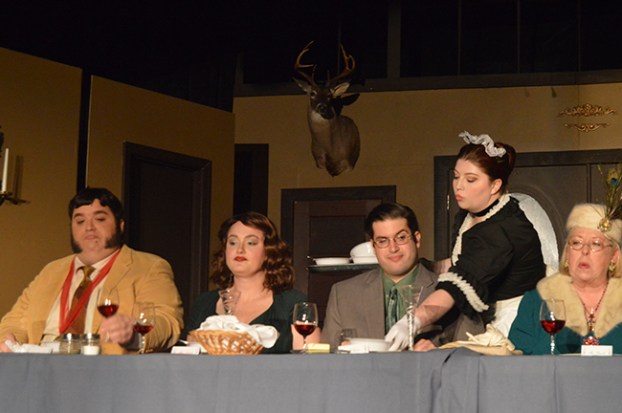 Break out the magnifying glass, line up the suspects and hide the smoking gun: A fan-favorite movie and board game is coming to Port Arthur.

Port Arthur Little Theatre is presenting “Clue” the weekends of Oct. 5 and 12 at its location on Jimmy Johnson Boulevard. According to director Donny Avery, the popular mystery-comedy play will skew more toward the humorous for audience members.

“They could definitely expect a huge comedy. It is very funny. It’s also going to be very reminiscent of the board game with the (matching) weapons and rooms,” Avery said. “So, you’re just going to be inundated with that nostalgia.”

While Avery said the centerpiece is murder, the tone is much more akin to “tomfoolery and funny situations.” 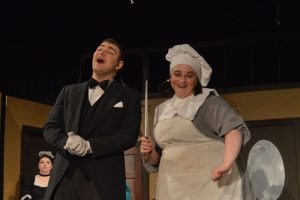 “The music in it is underscored, but it is a comedy. There’s a lot of running around and a lot of indoor slapstick comedy.”

Avery said his inspiration for the production stemmed from classical farces of the time.

“A farce is just all this kinds of confusion and mishaps that happened… something like a Jerry Lewis film.”

“It was very difficult to cast. The show was written with eight main parts that you needed to cast one person for each,” Avery said.

“But then the original production cast two people in six of the roles and that’s what we ended up doing. There were so many people auditioning that we decided to split up all those members and cast people in the roles.” 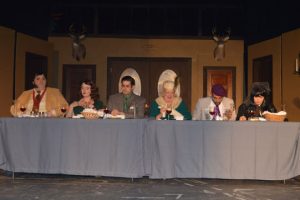 “He’s a very straight-laced character, a formal and proper British butler… who gets funnier as the show goes along,” Courts said.

Courts said the character, much like the play, has an interesting mix of serious and comedic elements.

“I was inspired partly by the 1985 movie with Tim Curry playing the butler,” Courts said. “But I’ve made it my own.”

“He’s an oaf,” Underhill said. “He has an air of unwarranted self-righteousness.”

Underhill said he sees his character as someone who didn’t earn the rank he’s got and, as a result, gets freaked out at the sight of a dead body.

“I was inspired by the concept of a colonel who got his rank because his daddy was a general,” he said.

While the original board game may have been mystery, Avery said the audience wouldn’t have to worry about a typical whodunit.

“It would be very clear to the audience as to who did it,” Avery said. 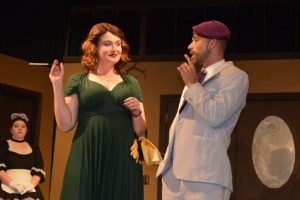 The set design would also play a prominent part in the theatre production.

Assistant director Nikki Turner said the stage setting featured walls and design that would spin to allow transitions to other parts of the room or set.

“The set is a huge character in its own right,” Turner said.

Cornyn: Some Democrats may back Kavanaugh