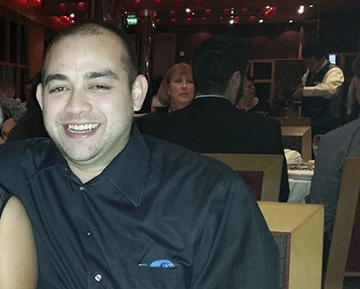 Khoa Dang “Kevin” Nguyen of Nederland was shot and killed while fishing on Pleasure Island on Saturday. Courtesy photo

The family of Khoa Dang “Kevin” Nguyen is wondering why someone would kill their loved one.

“He was real fun and exciting and anywhere he went he would smile right away,” Nathan Nguyen, a close cousin of Kevin Nguyen, said. “He loved his family and friends and spending time outdoors. He didn’t mess with anybody.”

Kevin Nguyen, 33, was fishing on the North Levee Road on Pleasure Island on Saturday night when he was shot multiple times. He drove about four miles from the scene, where he wrecked into a guardrail, as he succumbed to his injuries. 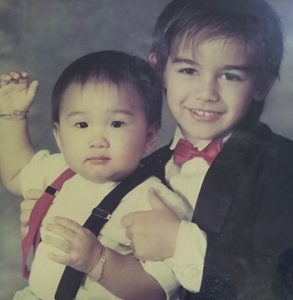 Inside Kim’s Marine & Fisherman’s Supply store in Port Arthur — which is a family-owned business, are numerous photos of Kevin with his brother as well as other family members. One photo shows Kevin as a young boy holding a stringer of fish caught from the seawall area and another shows him with his younger brother Trinh. 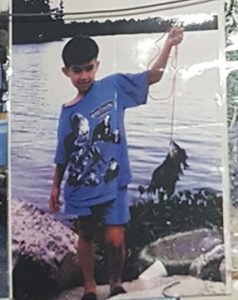 Khoa Dang “Kevin” Nguyen as a child holding a stringer of fish he caught.
Courtesy photo

His smile shines through in every photo.

Fishing was a big part of Kevin Nguyen’s life and what he was doing when he was killed.

“Sometimes he would like to go out there (Pleasure Island) and clear his head, especially after a long week, fish and throw back a cold one,” he said.

Nathan Nguyen described getting the phone call with the devastating news.

“We are in shock,” he said. “It’s hard to believe. Who would do something like that? Everybody is scratching their heads and don’t know what’s going on.”

Nguyen, a graduate of Nederland High School, was known for his good nature and having “one of the most fun personalities.” “If you were down he could walk into a room and everybody would be happy. He changed everybody’s mood,” he said. “If I could use one word to describe him it would be fun, and exciting.”

Kevin, the cousin said, was a simple man who led a simple life.

The family also owns Kevin Rico’s Seafood & Oyster Bar. Nathan Nguyen said the eatery is named after Kevin and his brother. The business was closed Tuesday and the family was making funeral service plans.

Police say if you have any information regarding this murder, please call the Port Arthur Police Department at 409-983-8600 or Crime Stoppers at 833-TIPS. You may be eligible for a cash reward of up to $1,000.

At your convenience: Flu shots on the drive-through