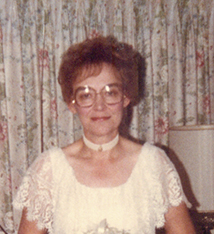 Vernola was born August 15, 1935 in Vernon, Texas to Dr. Vernon Henderson and Viola Martin Henderson. She was a former resident of Rosenberg, Texas before moving to Port Arthur 8 years ago.

Vernola was retired from Scoggin Dickey-Buick Dealership as a title clerk.

She was preceded in death by her husband, Charles Loranc; and brother, Gene Henderson.

A graveside service will be held at the Houston National Cemetery at 1:00 p.m. on Tuesday, October 2, 2018 under the direction of Levingston Funeral Home in Groves.