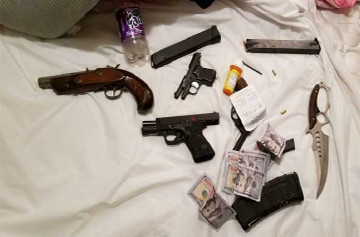 Drugs and weapons but not the suspect were found inside a Port Arthur home Friday morning.

Port Arthur Police Special Weapons and Tactics Team and Narcotics Unit executed a search warrant around 6:30 a.m. in the 8400 block of Davis Avenue. A 41-year-old Port Arthur resident was the target of the investigation. Police did not reveal his name. 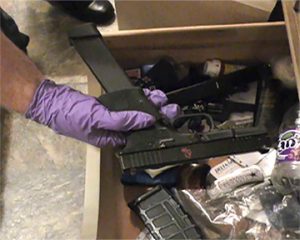 He has just left the home prior to the search arrant being executed, leaving behind an elderly woman, a pregnant woman and a young child, according to a news release from PAPD.

During the search officers found heroin and several loaded handguns. One of the handguns, a 9mm, was equipped with a loaded 30-round clip with an additional 30 round clip next to it. These items were located in a bedroom shared by the suspect, the pregnant woman and the small child.

Staff report A 16-year-old girl from Orange was killed this week when the vehicle in which she was traveling was... read more