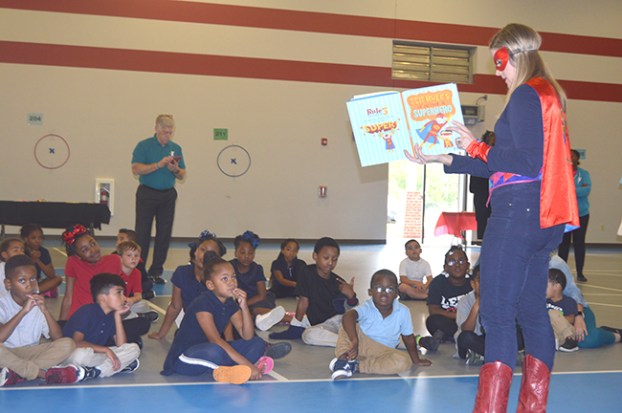 It’s not every day a superhero reads to schoolchildren to help them learn.

Childcare and Y Reads Director Brittany Mercer said the program is a way to improve reading and comprehension skills for K through 2 students.

“Some of these students are two to three reading levels behind their grade,” Mercer said. “And so it affects their comprehension and lowers their self esteem… So, we’re here to boost their self esteem by bettering their reading skills.”

The program runs from the beginning of October to the end of April.

Students who are deemed good candidates for the program are chosen by their teachers during the first month of school and recommended to the program.

“Kids who read are kids who succeed,” he said.

Investing in the future with decade-long abatement

By Lorenzo Salinas l.v.salinas@panews.com Port Arthur Independent School District is looking to invest in the future with another big tax... read more