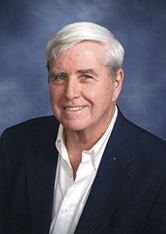 Carl was born in Wilmington, North Carolina on January 7, 1942, to Beatrice and Major Carl C. Carson, Sr., who both preceded him in death.

He is also preceded in death by his twin brother Charles Carson, Sr. (Charlie), the two shared a special bond and a true friendship as well as his brother in law Michael Montondon.

After 55 years of marriage, he is survived by loving wife Sandy.

Carl was a loving father to his three children; Julie Heimendinger, and her husband Gregg, of Franklin, TN, Anne Burrell, and her husband Donald, of Fannett, TX and Carl C. Carson III (Kit) , and his wife Beth, of Port Neches, TX.

Carl was affectionately referred to as Pop by his grandchildren Paige and Jack Heimendinger, Carson Burrell, and his fiancé Ashton, Elizabeth Dansby, and her husband Taylor, Meredith and Jane Carson.

He is also survived by his brother in law Mark Montondon, sister in law Clo Montondon, neices and nephews Cara Hamilton, and her husband Kip, Charles C. Carson, Jr., Caroline and Michael Montondon.

He proudly served many years educating children in the Port Neches-Groves Independent School District in the disciplines of science, government, mathematics, drafting, shop as well as driver’s education. He enjoyed being an active member in his community and belonged to many organizations including, The St. Elizabeth Catholic Church Community, Port Neches Knights of Columbus, The Old Folks Supper Club, and The A.C.T.S. community. He served many years as a member of the Planning and Zoning Committee for the city of Port Neches.

A Mass of Christian Burial will be held Saturday, September 29, 2018 at 10:00 a.m. at St. Elizabeth Catholic Church with Reverend Shane Baxter officiating under the direction of Levingston Funeral Home Port Neches.  Burial will follow at Oak Bluff Memorial Park.

Carl will always be fondly remembered as a devoted father and husband who loved God, his family, his church, and the Port Neches Groves Indians.

DEATHS Lu Jean Stidham, 77, of Orange, Texas, passed away at her home on Tuesday, September 25, 2018. Arrangements, under... read more