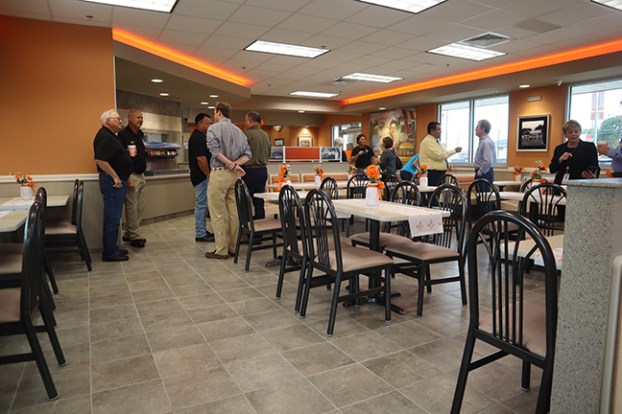 Franchise owner William Tamminga said he is excited about the opening day.

“We’re here for a long time now. We look forward for a great partnership going forward.”

The Whataburger will have two lanes to help speed up drive-through service. In the outside lane, workers will have a tablet that is capable of accepting credit cards. Tamminga said that getting customers in and out of Whataburger with good service is a high priority.

The dining area in the Nederland establishment is spacious with a sleeker design than some of the older model Whataburgers.

Those who attended the soft opening were able to go behind the scenes and see how the kitchen operates. The kitchen is two sided, with burgers on one side and fried foods on the other. Both sides work in an assembly line, which goes from start to finished product. During slow times, the kitchen can shut down one side of the kitchen and fully operate with the open side.

The store is still hiring and offering $150 signing bonuses that begin after training is completed.