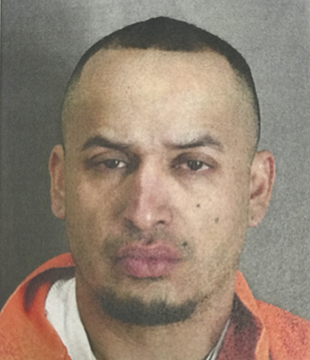 Manuel Diaz, 38, of Port Arthur was arrested on outstanding warrants on Wednesday and is the suspect in the theft of cash registers at two doughnut shops.

Port Arthur Police have arrested a suspect in the recent thefts of cash registers at two Port Arthur doughnut shops.

Manuel Diaz, 38, was arrested around 1 p.m. at his home on outstanding warrants, a police spokesperson said.

The arrest came just one day after cash registers at two doughnut shops were stolen by a man wearing a construction vest and hard hat.

The crimes began at 6:09 a.m. Tuesday at Master Donuts, 7765 Ninth Ave. where a man wearing a construction vest and hardhat entered the business and left with a cash register.

The second call came in at 7:04 a.m. at Southern Maid Donuts, 2446 Memorial Blvd., where a similarly described suspect stole the cash register there as well.

The crimes were originally reported as robberies but, per law, were thefts.