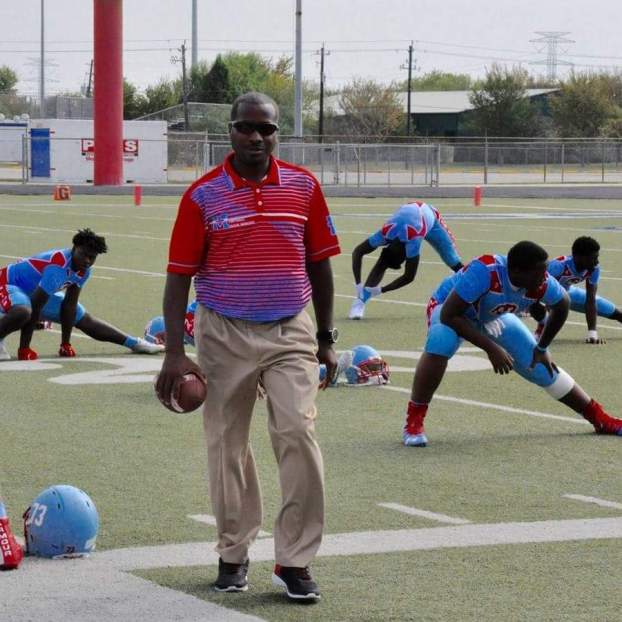 Friday will be 30 days since Shawn Narcisse was promoted to head football coach at Houston Madison.

“It was a dream come true,” Narcisse said. “When I received the job, it felt like my mom was still here. She taught us excellence in all we do. … I always dreamed that one day I’d be a head coach and do something positive for the kids.”

Shawn and his older brother, Don, were both standout wide receivers at Lincoln. Don, a 1983 graduate, went on to an All-America campaign at Texas Southern and a hall-of-fame career in the Canadian Football League. Shawn, a 1989 alumnus, also saw some time in the CFL and arena football after starring at Prairie View.

Now, 30 years after playing in his last game in Port Arthur, Shawn is coming home to bring his Marlins (0-1) to face Memorial (1-0).

“It’s like … it’s hard to explain,” said the younger Narcisse, a Memorial assistant from 2006-09 and Madison receivers coach the past two years. “I’ve always wanted to come back and play the home team. It feels like I’m going to play the game.”

And the early homecoming, of a sort, is not lost on another Port Arthur native, first-year Titans head coach Brian Morgan.

“Coming back to his home, it’s going to be very important to him,” Morgan said. “You don’t really know, based on common opponents, how they are, but I’m sure coach Narcisse is going to have them ready to play.”

The Marlins, who went 6-4 last season and lost their bi-district game to eventual 5A Division I runner-up Manvel, suit up only 31 players on the varsity. Some student-athletes in Madison’s attendance zone go to other surrounding schools with updated facilities, while Madison awaits the opening of a $90-million campus in December, Narcisse explained.

“We’ve just got to get the kids to buy into what we do,” Narcisse said. “I brought a different atmosphere to the kids at Madison. I’ve brought a discipline piece to the program, where we get the kids to understand you’re a student first and an athlete second.”

Still, the Marlins, who are predicted to finish fourth in District 11-5A Division II, withstood a close battle with Houston Westside of 18-6A before falling 21-14. Madison debuted senior Chase Garrison, a transfer from Houston Christian, as its starting quarterback and trailed 7-6 through three quarters after a scoreless halftime.

Narcisse cited conditioning as a factor in the loss.

“We spent a lot more time this week and drinking more water,” Narcisse said. “You’ve got two to three guys going both ways. We’re very athletic. We just got to get a lot of kids in shape. You’re not at home with these kids every day, where they might tend to drink more sodas.”

The Marlins have plenty of senior leadership on both sides of the ball. Defensively, 6-foot-3 Madison cornerback/safety Bobby Wolfe could test Memorial’s passing game a serious test, although Titans quarterback Kam Ladia enjoyed a successful first start of his own (166 yards and three touchdowns against Deer Park last Friday).

Wolfe has orally committed to Texas A&M after receiving 39 offers, according to Narcisse. Madison senior linebacker Darian Jackson has been pursued by the University of Houston and Colorado.

Part of the Marlins’ defensive charge will be to slow down Memorial sophomore Branden Chaney after his 104-rushing yard, one-touchdown outing against Deer Park.

Morgan has called for a “Code Red,” asking Memorial fans to wear red to the game.

After not playing in a 19-18 win over West Orange-Stark, senior quarterback Blaysin Fernandez will start in Nederland’s home opener... read more