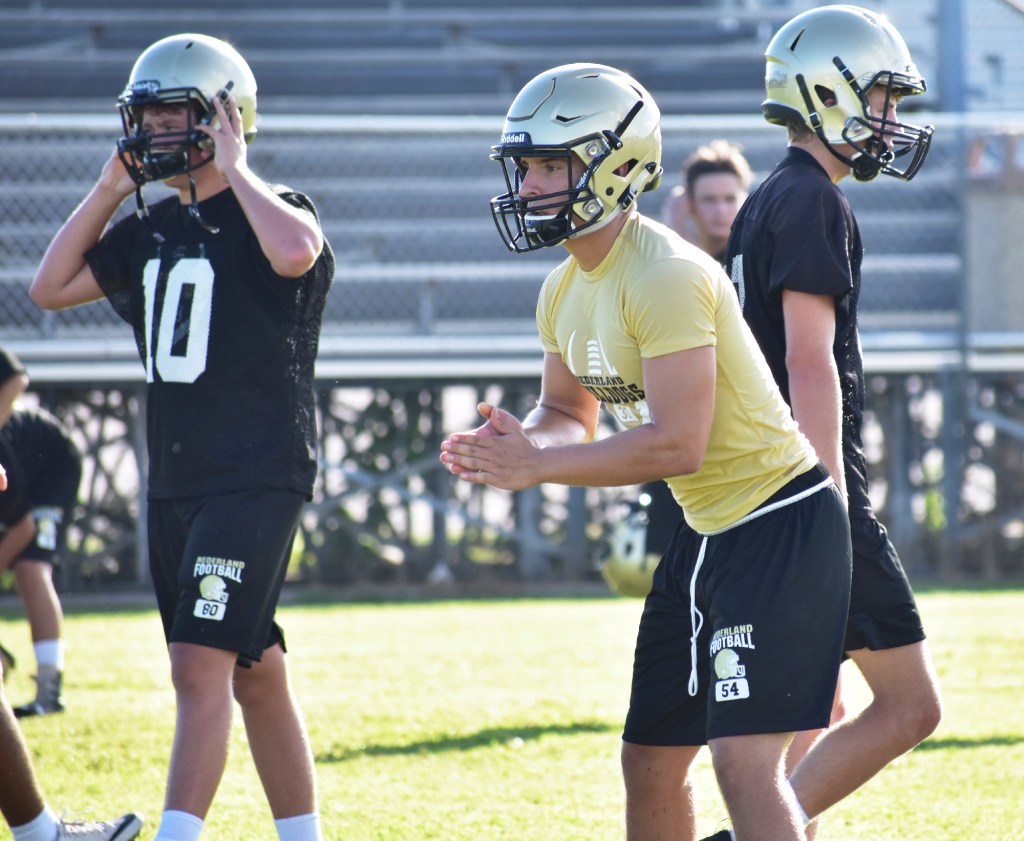 After not playing in a 19-18 win over West Orange-Stark, senior quarterback Blaysin Fernandez will start in Nederland’s home opener against Beaumont United on Friday.

“Blaysin Fernandez and [senior wide receiver/defensive back] Noah Lewis did not play last week,” Nederland head coach Monte Barrow said. “We will have Blaysin back this week at quarterback. Noah actually underwent surgery [Thursday] on a meniscus. We should have him back in three to four weeks.”

The Bulldogs hope return of Fernandez will invigorate a passing game that only put up 56 yards (190 total yards) against the Mustangs (235 total yards). While the offense struggled to move the ball through the air, the Bulldog defense picked up the slack by forcing four turnovers.

Barrow said that he expects to see a Beaumont United team that has improved since their 55-21 loss to St. Pius X.

“I think the challenge with them is making sure our kids understand that they are a new program, even though it’s two teams that we played separately before,” Barrow said. “They’re going to grow and get better. I think they’ll grow and make more leaps than anyone each week, because of them finally being together, unlike they were in the spring. This is a team that is hungry to grow. We have to show up Friday night.”

Barrow said that his team is happy they were able to come out on top, but realize that there is room for improvement.

Seniors on the team are tasked with making sure their teammates stay focused on the task at hand, Barrow said.

“We talk to our seniors and the guys that have been there before,” he said. “They know that every week is magnified. They know different things are going to come up. We try to start over each week and press the reset button.”

While the Bulldogs might be young, they were disciplined last week and were penalized twice for a total of 15 yards compared to the Mustangs’ nine penalties for 72 yards.

That discipline could play a factor while playing in front of the Nederland faithful for the first time this season.

“When we talk about our young guys, hopefully that is something that they have looked forward to since they were young — being able to play on Friday nights in Bulldog Stadium,” Barrow said. “Our seniors know this is their last first home game. There is always something that you can point to that means something to everyone.”

Kickoff is set for 7:30 p.m at Bulldog Stadium.

NFL: Thomas to return to Seahawks