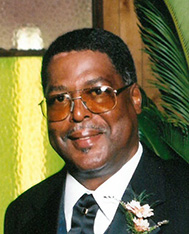 A veteran of the Air Force and employed by the Post Office, he retired from Chevron Refinery as a process operator.  An ordained minister and licensed funeral director, he graduated from Commonwealth Funeral Institute and earned a Bachelor’s degree in Criminal Justice from Lamar University Beaumont.  Church memberships throughout his lifetime were at Rock Island, Zion Hill and Mt. Gilead.  He was last employed as a Foster Grandparent in PAISD at Dowling and Tyrrell Elementary.

He was greeted at the pearly gates by his parents, brother-in-law Van McDaniel and granddaughter Tatumn Dior Lott.